You are the owner of this article.
Edit Article Add New Article
You have permission to edit this article.
Edit
Welcome, Guest
Home
News
Sports
Obits
Business
Opinion
Multimedia
Living
Classifieds
+ More
Share This
1 of 4 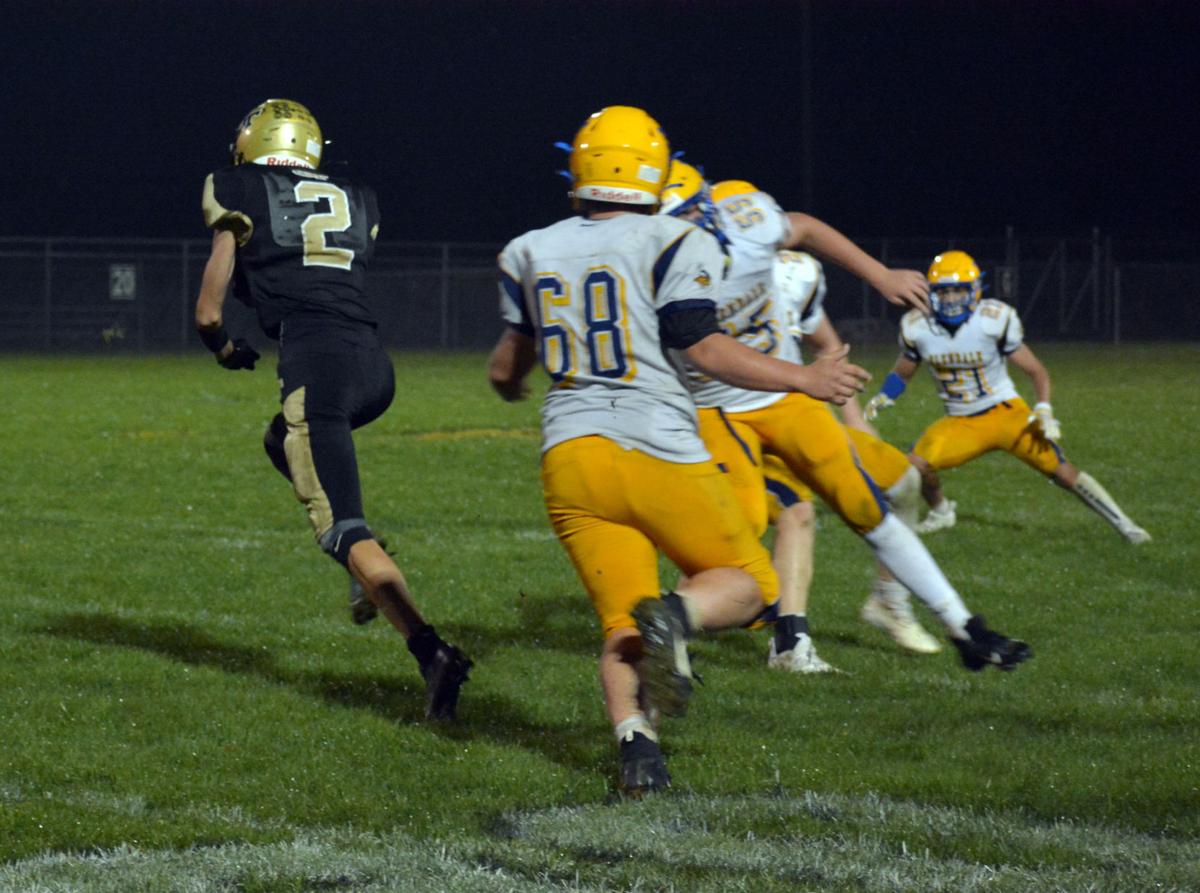 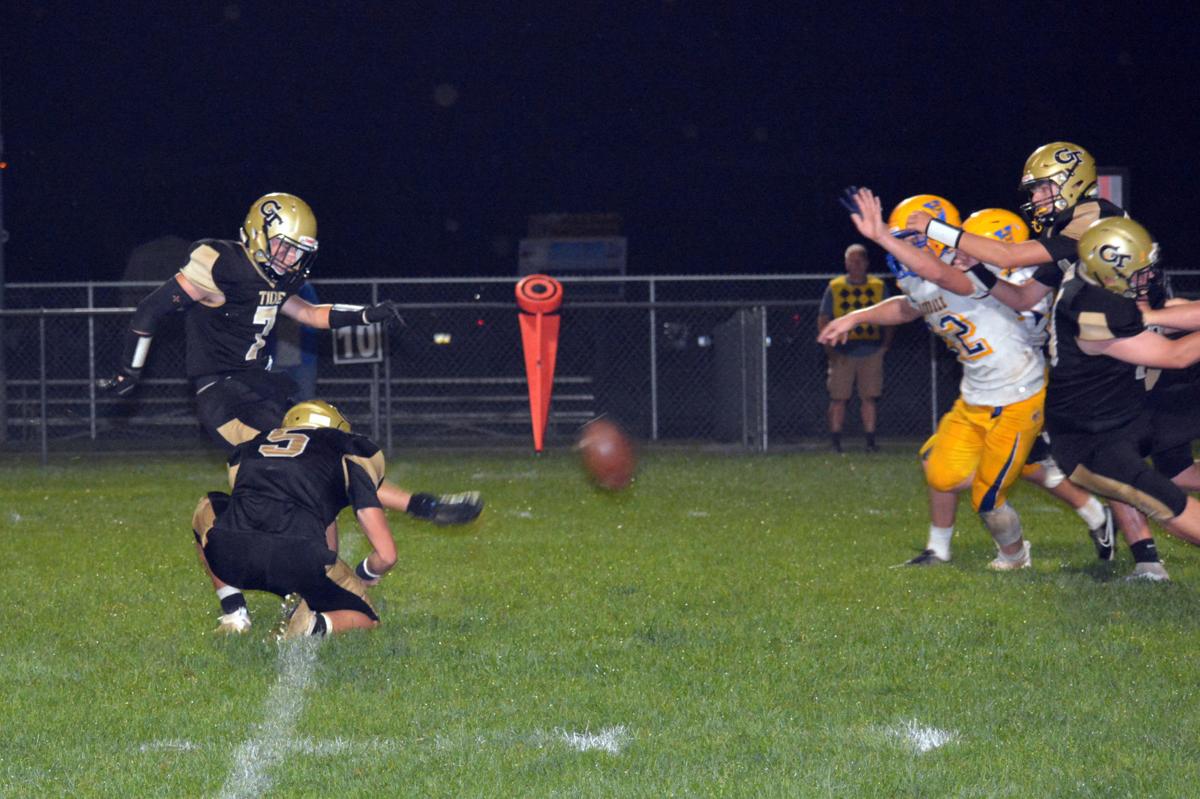 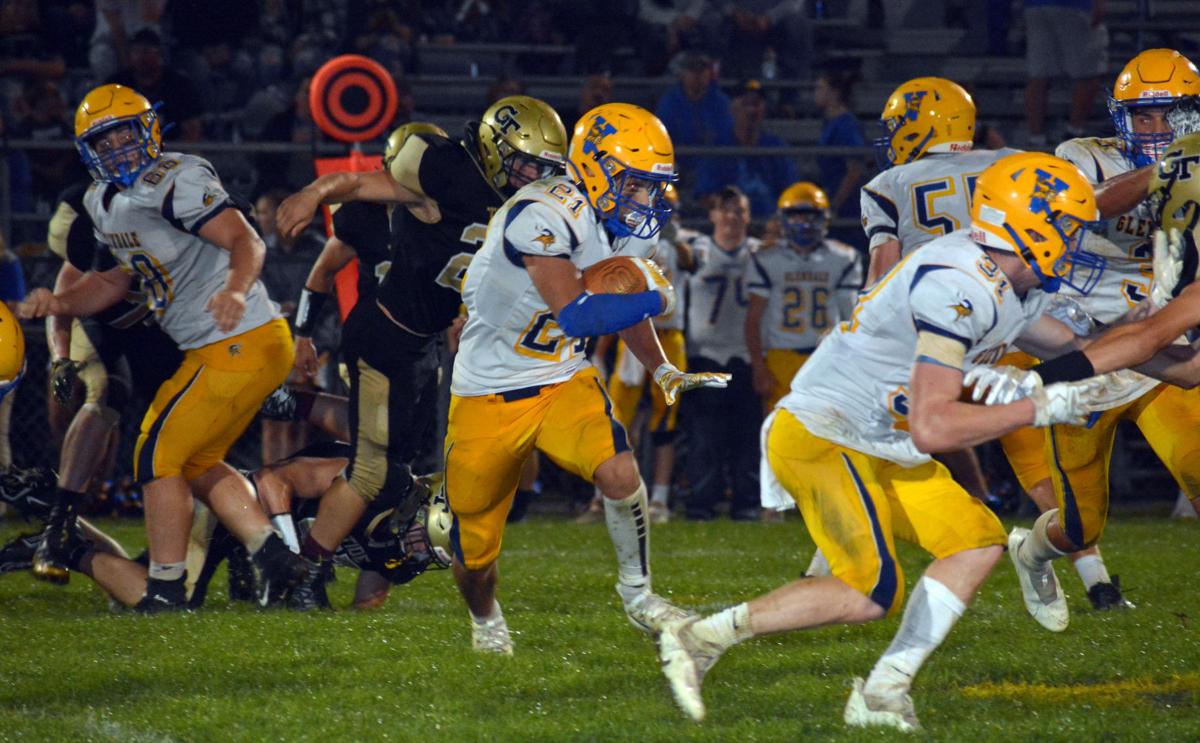 Glendale’s Zeke Dubler (21) rushed for two scores against the Curwensville Golden Tide Friday night. However, Curwensvile was able to take away a 32-29 win in the waning seconds. 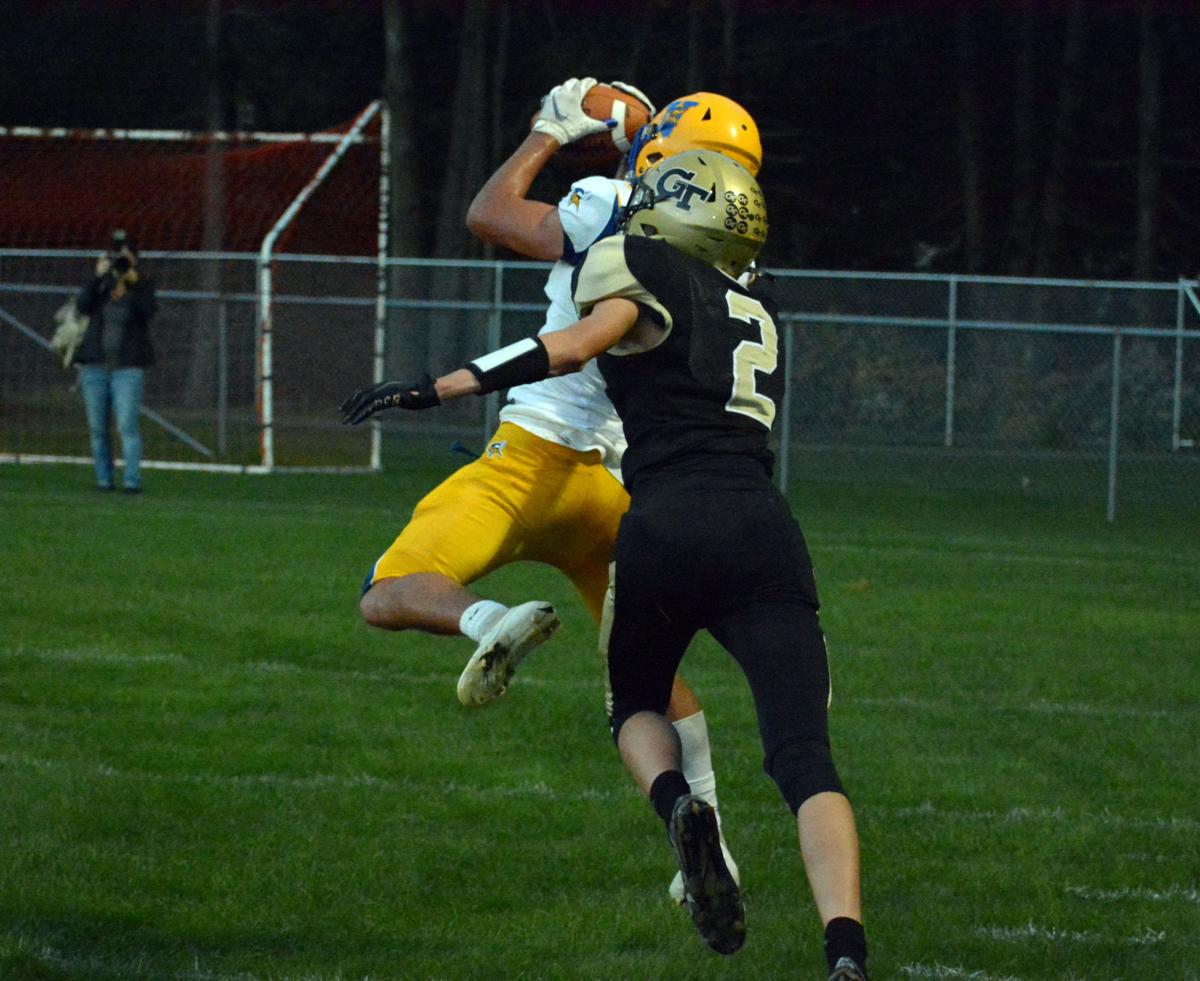 Glendale's Suds Dubler (3) picks off a Dan McGarry pass intended for Golden Tide wideout Ty Terry (2) during Friday's game at Coach Andy Evanko Stadium. Dubler would also have two rushing touchdowns on the night, but the Golden Tide would win 32-29.

Glendale’s Zeke Dubler (21) rushed for two scores against the Curwensville Golden Tide Friday night. However, Curwensvile was able to take away a 32-29 win in the waning seconds.

Glendale's Suds Dubler (3) picks off a Dan McGarry pass intended for Golden Tide wideout Ty Terry (2) during Friday's game at Coach Andy Evanko Stadium. Dubler would also have two rushing touchdowns on the night, but the Golden Tide would win 32-29.

CURWENSVILLE – Glendale held the potent Curwensville passing game in check in the first half on Friday night at Coach Andy Evanko Stadium.

But the Golden Tide passing game – led by quarterback Dan McGarry – erupted in a wild second half in response to the Viking running attack of Suds Dubler and Zeke Dubler.

McGarry threw his fourth touchdown pass with 2:45 to tie the game and led an unlikely drive in the final 29.2 seconds to set up kicker Jake Mullins, who booted a 20-yard field with 5.1 seconds left to give the Tide a 32-29 win.

“We have a lot of guys who have been starters for two and three years,” Curwensville coach Jim Thompson said. “We’ve been through the 1-7 and 1-8 seasons, where you’re on the losing end of those close games. I attribute it to the way our guys train in the offseason. Now they expect to win the close games, and it shows.”

“It’s tough,” Glendale coach Dave “Spank” Trexler said. “We’ll look back. They were a lot of things that happened that we just need to get better at. The kids played their hearts out. I’m so proud of their effort. Things just didn’t go our way at the end.”

The Vikings (2-2) limited McGarry to 6-of-13 for 72 yards, one touchdown and an interception in the first half. McGarry ended up completing 18 of 32 for 294 yards, four TDs and two interceptions.

“Danny is a mature kid,” Thompson said. “He’s started almost 20 games for us now. He’s one of the guys who has taken his lumps and has been on the losing end of those games.

“He threw a pick, and two years ago he wouldn’t have been able to recover from that. He stepped up big and made two huge plays with the touchdown pass and the screen that got us down there for the winning field goal.”

Ty Terry, who was covered by Suds Dubler, caught eight passes for 167 yards. He had five receptions in the second half.

Glendale scored first when Ethan Cavalet blocked a punt, and the ball bounced out of the end zone 2:43 into the game.

“We know they can run the ball,” Trexler said. “I think we showed tonight we can throw the ball when we need to.”

McGarry hit Mullins on a 15-yard scoring strike at the 6:04 mark of the second quarter. The Vikings responded with a 2-yard Zeke Dubler run. The Vikings led, 15-9, at halftime.

McGarry hit Terry for a 70-yard touchdown pass on a cross pattern.

Again, the Vikings responded with a touchdown on a Zeke Dubler 7-yard run with 1:46 left in the third quarter. Glendale led 21-16.

The lead changed hands again when McGarry threw a 10-yard TD pass to Mullins early in the four quarter.

Logan Cree intercepted McGarry at the Curwensville 12. Two plays later, Suds Dubler scored from the 3. He ran in the two-point conversion to make the score 29-23.

“Glendale has some great athletes,” Thompson said. “They moved some guys around. No. 3 (Suds Dubler) and No. 21 (Zeke Dubler) are typically safeties but they moved out to corner to play two of our better receivers. They played well in the first half.

The Tide got the ball with 29.2 seconds left. McGarry completed a long pass and Glendale was penalized for 15 yards after its second sideline warning.

“Our offensive linemen got out in front,” Thompson said. “Ty Terry is a playmaker. We just try to get him the ball and get him enough chances to make plays.”

After another completion, Mullins, who had two touchbacks, kicked the game-winner.

“Jake Mullins is phenomenal,” Thompsons said. “He can kick from 55 plus if we can snap the ball and protect. It’s never been a problem with his leg.”

“We preach to our kids this is the greatest place to play,” Thompson said. “I’ve played in college stadiums that don’t sound like this.”

ESTATE NOTICE NOTICE IS HEREBY GIVEN