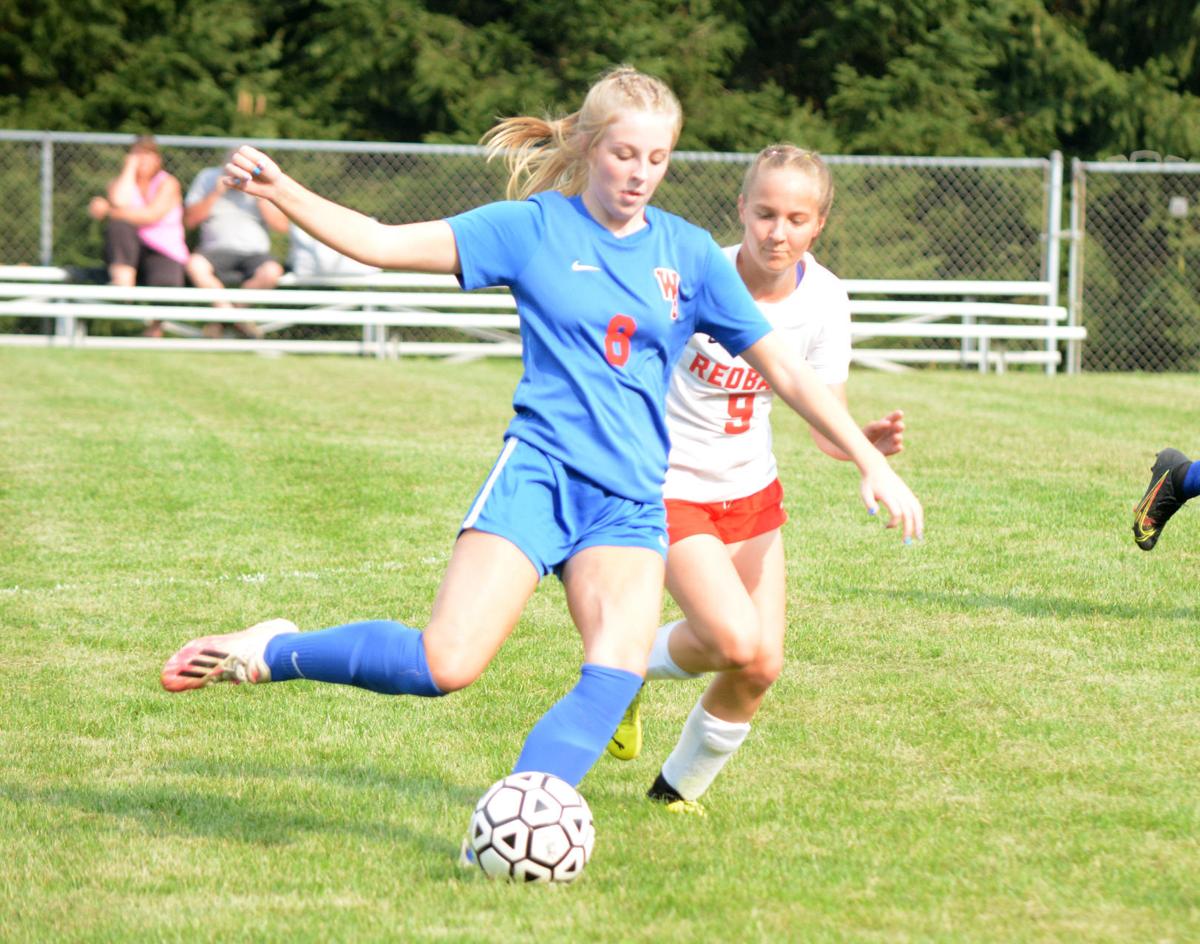 West Branch’s Emily Parks controls the ball in front of Redbank Valley’s Isabelle Faulk during the first half of Tuesday’s game. Parks scored the first goal for the Lady warriors, who won 3-1. 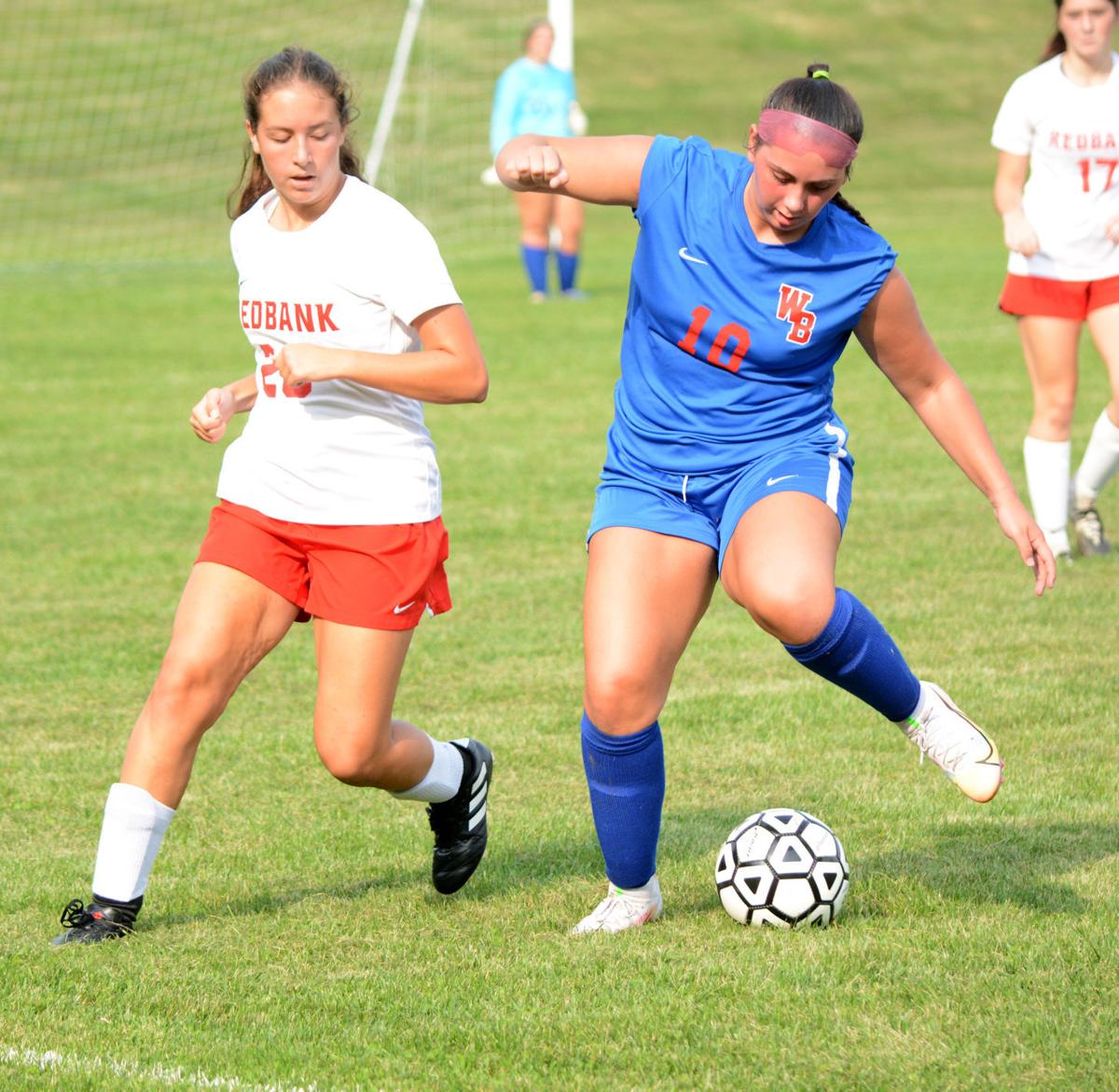 West Branch’s Olivia Straka shields the ball from a Redbank Valley defender during the first half of Tuesday’s game. Straka scored a goal in the Lady Warrior’s 3-1 win. 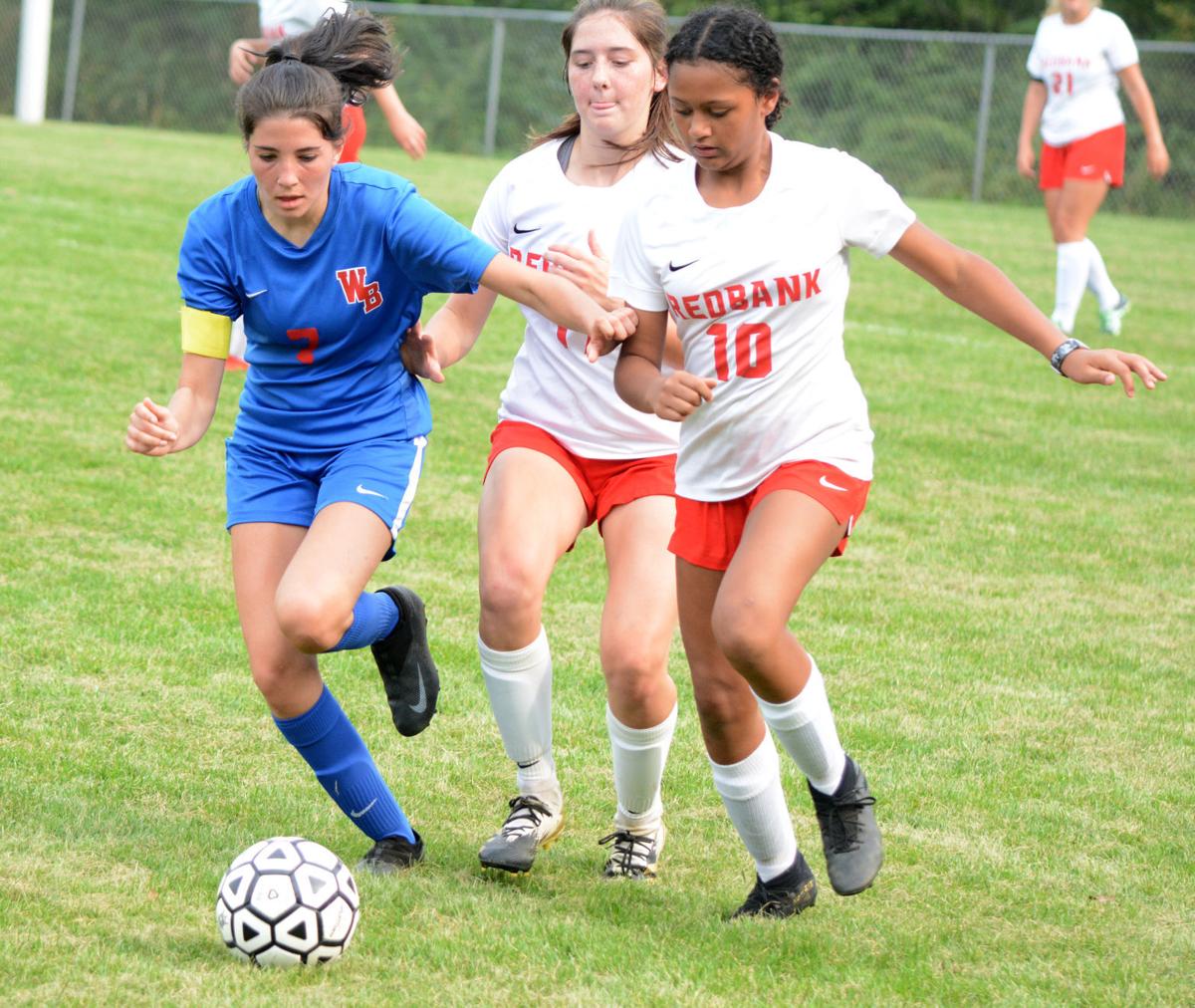 West Branch’s Emily Parks controls the ball in front of Redbank Valley’s Isabelle Faulk during the first half of Tuesday’s game. Parks scored the first goal for the Lady warriors, who won 3-1.

West Branch’s Olivia Straka shields the ball from a Redbank Valley defender during the first half of Tuesday’s game. Straka scored a goal in the Lady Warrior’s 3-1 win.

The Lady Warriors were supposed to open the season at home on Sept. 4, but Huntingdon canceled the morning of the match due to COVID protocols. West Branch then had a home game with Everett postponed last week for the same reason.

The uneven start to the season seemed to show on the field in the early going as neither team was able to possess the ball with any consistency. Redbank got the first good scoring opportunity as Quinn Fricko clanged the ball off the post in the first five minutes of play.

West Branch was able to get the ball out of danger and eventually begin pressuring the Lady Bulldog end, which resulted in a bad clear by the Redbank defense.

Emily Parks took advantage, gathering the ball after the Redbank mis-hit and firing it into the Lady Bulldog net at 16:18 to make it 1-0. The goal also seemed to energize the Lady Warriors, who dominated possession the rest of the half.

“There was definitely a big sigh of relief,” West Branch head coach Angie Fenush said about the Parks goal. “We haven’t had any flow to the season because of the cancellations, but we know to expect that. We have to take what comes at us, and these girls showed today that they can do that. It’s going to be a little bump at times, but they came out of it on top, and that’s what we ask of them.”

Olivia Straka gave West Branch a 2-0 advantage when she collected a loose ball in the midfield and had plenty of space to make a run. She dribbled towards the Redbank goal box and let a shot fly from about 25 yards out. The ball handcuffed Lady Bulldog keeper Leigh Ann Hetrick, who had it go off her fingers and tuck just inside the post at 25:47.

Less than 90 seconds later Jenna Mertz made it 3-0 when she fired the ball by Hetrick at 27:13. Erin Godin started the scoring play with a nice pass to Mertz just inside the box. Mertz had to make a couple quick touches to get open for the shot.

“Once the girls got going, they put it together,” Fenush said. “I do think humidity played a little role, and we had a pretty strong practice (Monday) so legs may have been a little tired.

“It just took us a while to put things together like we’re used to and get comfortable and have fun. When the girls settled down and started having fun, they put points on the board. They just have to trust themselves and relax and go out there and have fun.”

West Branch continued to dominate possession in the second half, getting shot after shot off against Hetrick, but the Lady Bulldog keeper kept the Lady Warriors off the board over the final 40 minutes of play.

West Branch had 21 shots in the game. Mertz led with six, while Lauren Timblin had five and Parks recorded four. A total of nine different Lady Warriors had at least one shot on goal.

“They really put some good passes together and took some open shots,” Fenush said. “We kind of harped on that this week. it’s nice to see that we had 21 shots, but we’d like to connect a little better and get a few more of those counting as goals.

“But collectively the girls played as a team. We’re not just getting shots on breakaways. We’re putting passes together and finding the open man. And we spread out out our shots, it wasn’t just one or two girls shooting.”

Redbank did get on the board at 61:54 when Emma Kemmer gathered a loose ball in the box and beat West Branch keeper Katlyn Folmar seconds after Alexandra Shoemaker fired a ball off the crossbar.

That sequence was the only misstep for the Lady Warrior defense, who have up just one shot on goal had two others hit iron.

“From our mids back, we’re strong,” Fenush said. “They’re experienced back there. It was nice to have a test back there, that’s why we substituted some young legs. We need to be tested.

“There was a lot of subbing going on today, just to keep everybody healthy. So part of that (Redbank goal) might be on me for changing up the lineup one too many times.”