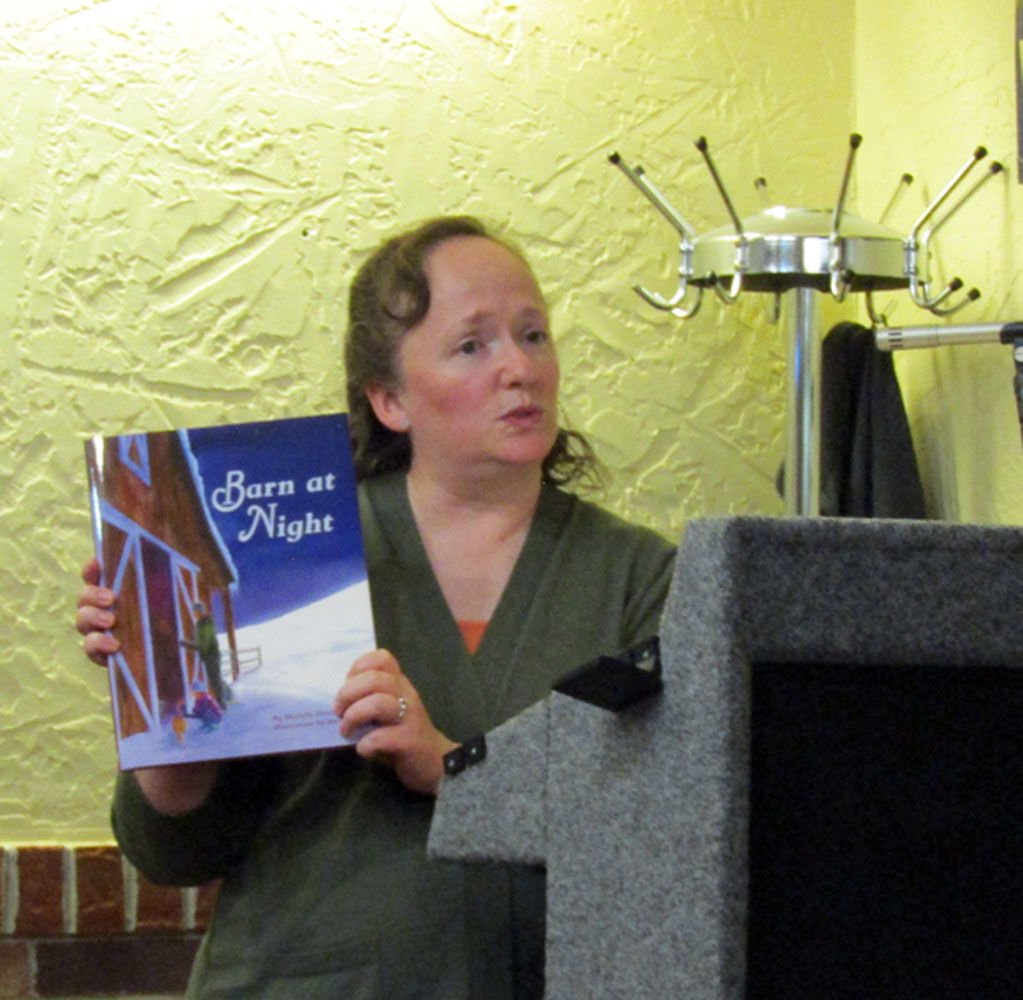 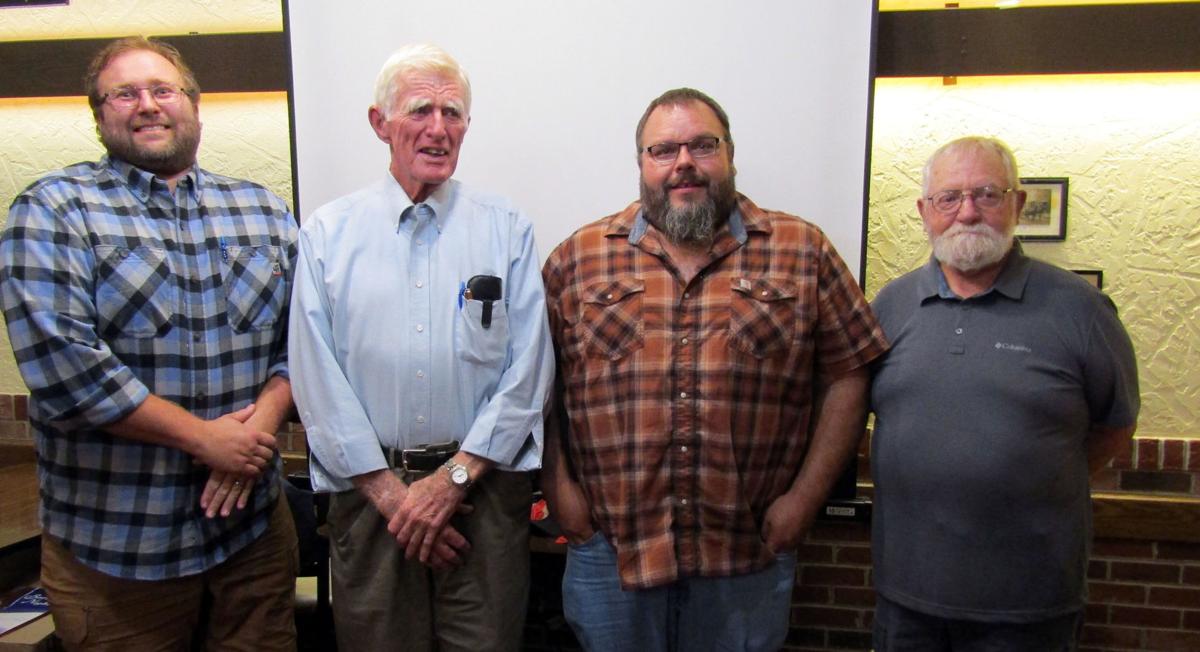 Two incumbents, Bill Clouser and Scott Blackburn, and a new member, Rob Bradford were elected to three-year terms on the Clearfield County Farm Bureau’s board of directors at Saturday’s annual meeting. Retiring Director Sam Carr was thanked for his years of service to the organization. From left are Bradford, Carr, Blackburn and Clouser.

Two incumbents, Bill Clouser and Scott Blackburn, and a new member, Rob Bradford were elected to three-year terms on the Clearfield County Farm Bureau’s board of directors at Saturday’s annual meeting. Retiring Director Sam Carr was thanked for his years of service to the organization. From left are Bradford, Carr, Blackburn and Clouser.

The gathering, attended by approximately 45 members and guests, was held at Hoss’s Steak & Sea House, DuBois.

The welcome, call to order and salute to the American flag were led by CCFB President Bill Clouser.

Policy Chairman Steve Blackburn reviewed suggested resolutions that will be submitted for consideration by the Pennsylvania Farm Bureau and the American Farm Bureau Federation.

They include recommending the PFB hold its annual meeting in mid-June and move it to various locations around the commonwealth. Members also endorsed the meeting be held “corporate style” and proposed resolution and director and officer election and resolutions ballots be mailed to delegates to complete and return the the PFB office by mail.

Also approved to be advocated to the PFB is a suggestion that one antlered deer be able to be taken during the first week of archery season using any allowable firearm permitted for use during deer season. Also amending the PFB policy book’s regulations for weed control plants to recommend all state agencies and public utilities be required to control invasive plant species in areas other than crop lands.

Clouser said the CCFB is asking “other entities to meet the same standards farmers are required to.”

For submission to the AFBF, CCFB members supported endorsing fluid dairy milk be marketed according to its percentage that is fat-free. Clouser said whole milk has gotten a bad reputation as being fat laden when the opposite is true.

Retiring board member Sam Carr was thanked by Clouser.

“Thank you for your years on the board, your service as board vice president and your dedication to the Clearfield County Farm Bureau,” Clouser said.

Leon Kriner was appointed by Clouser to fill the remaining two years of a board term left vacant by the resignation of Chris Everett. Clouser also announced CCFB is looking for a new secretary as Everett also withdrew from that position.

Members Clouser, Paula Clouser and Blackburn were appointed by the membership to serve as the two delegates and an alternate to the PFB’s annual meeting, Nov. 15-17, at Hershey. Permission was also given to the board and Clouser to appoint at least one additional delegate for the convention.

Regional Director Joe Diamond discussed a new program, Ag Crates, that will be used at several Clearfield County schools in the coming weeks. The program for students in grades 3-5 at Harmony, Curwensville, Clearfield, Moshannon Valley and West Branch schools will teach about about pumpkins.

Diamond also encouraged members to become more involved in the county-level of Farm Bureau and to encourage others to join.

“Farm Bureau is only as successful as you make it,” he said.

ESTATE NOTICE IN THE MATTER OF THE ESTATE OF BARBARA H.