Skip to main content
You are the owner of this article.
Edit Article Add New Article
You have permission to edit this article.
Edit
Home
News
Sports
Obits
Business
Opinion
Multimedia
Living
Classifieds
+ More
Share This
1 of 2 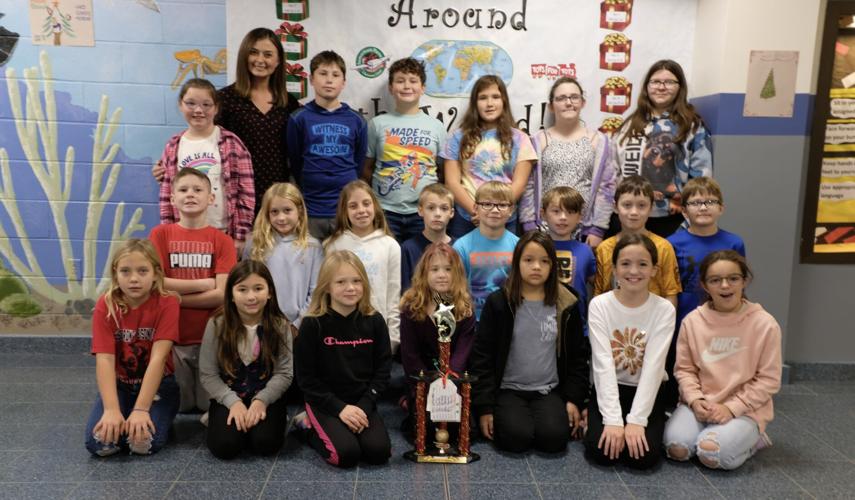 Pictured is Kayla Peacock’s 4th grade class at Clearfield Elementary. They won the prize for raising the most money during the Coin Drive, collecting $560. For their efforts, the class got school “bragging rights,” a trophy and a walking taco party. 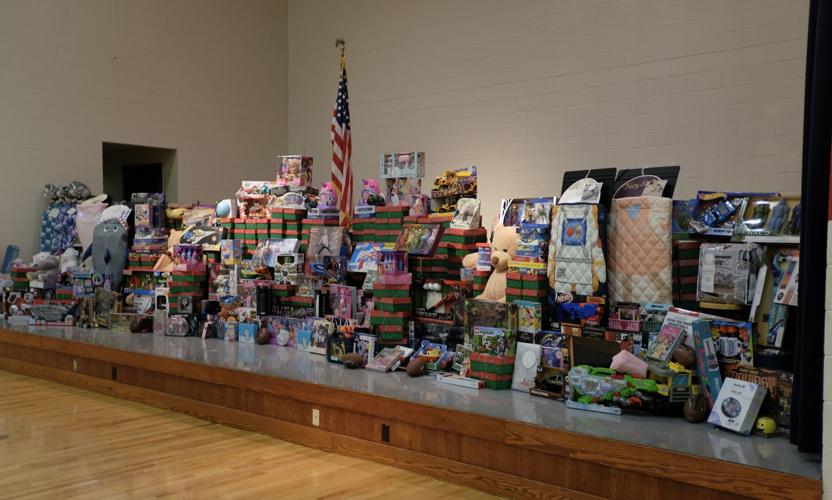 Pictured is Kayla Peacock’s 4th grade class at Clearfield Elementary. They won the prize for raising the most money during the Coin Drive, collecting $560. For their efforts, the class got school “bragging rights,” a trophy and a walking taco party.

Students at Clearfield Area Elementary School made Christmas brighter for children locally and around the world with its annual Coin Drive.

This is the third year of the Coin Drive, and this year it raised $6,441 that was used to purchase toys and gifts to put in shoeboxes for Operation Christmas Child, and for toys donated to the U.S. Marine Corps League’s Toys for Tots program.

The Coin Drive lasted from Oct. 31 to Nov. 8 and students in every elementary classroom were asked to donate coins and cash. As an extra incentive, each classroom competed against each other, and the boys competed against the girls.

Once a classroom raised 100 pounds they were moved to the “Hundred House.” Once in the Hundred House, an additional 50 pounds would earn a gem on their crown and if they raised another 50 pounds the classroom’s gingerbread man got to go to The Penthouse Party.

The girls won the competition this year. Ms. Kaylee Peacock’s 4th grade class took home the top prize for raising the most money, $560. For their efforts, the class will receive a walking taco party and will keep the trophy in their classroom for the year

But for many of the students, the taco party wasn’t the biggest reward. When Cooper Best, 9, of Clearfield was asked what he liked the most about his classroom winning, he said “the bragging rights.”

Sixth grade teacher Sheena MacTavish, who organized the Coin Drive along with fellow 6th grade teacher Jenny Peacock, said for many of the kids, the coin drive was the highlight of their school year.

“Parents have been telling us about how much their kids have been talking about it,” Peacock said.

For example, MacTavish said the school recently had an Incentive Day for 6th graders where they got to watch a movie, but a lot of them decided to use that time to pack the shoeboxes instead.

“And the kids loved it,” MacTavish said.

“We had businesses donate from DuBois to State College,” she said.

Many stores like the Walmart in DuBois, Clearfield and State College, and Target, Giant and Old Navy of State College gave them discounts on the toys.

Peacock said the Penn State student teachers at the school were a big help with the coin drive, especially in packing the shoeboxes. Penn State sorority Gamma Sigma Sigma also donated to the cause.

MacTavish and Peacock said the Kevin A. Beardsley Funeral Home of Clearfield was probably the biggest contributor to the program.

The Progress mobile app brings you the latest local breaking news, updates, and more. Read the Progress on your mobile device just as it appears in print.