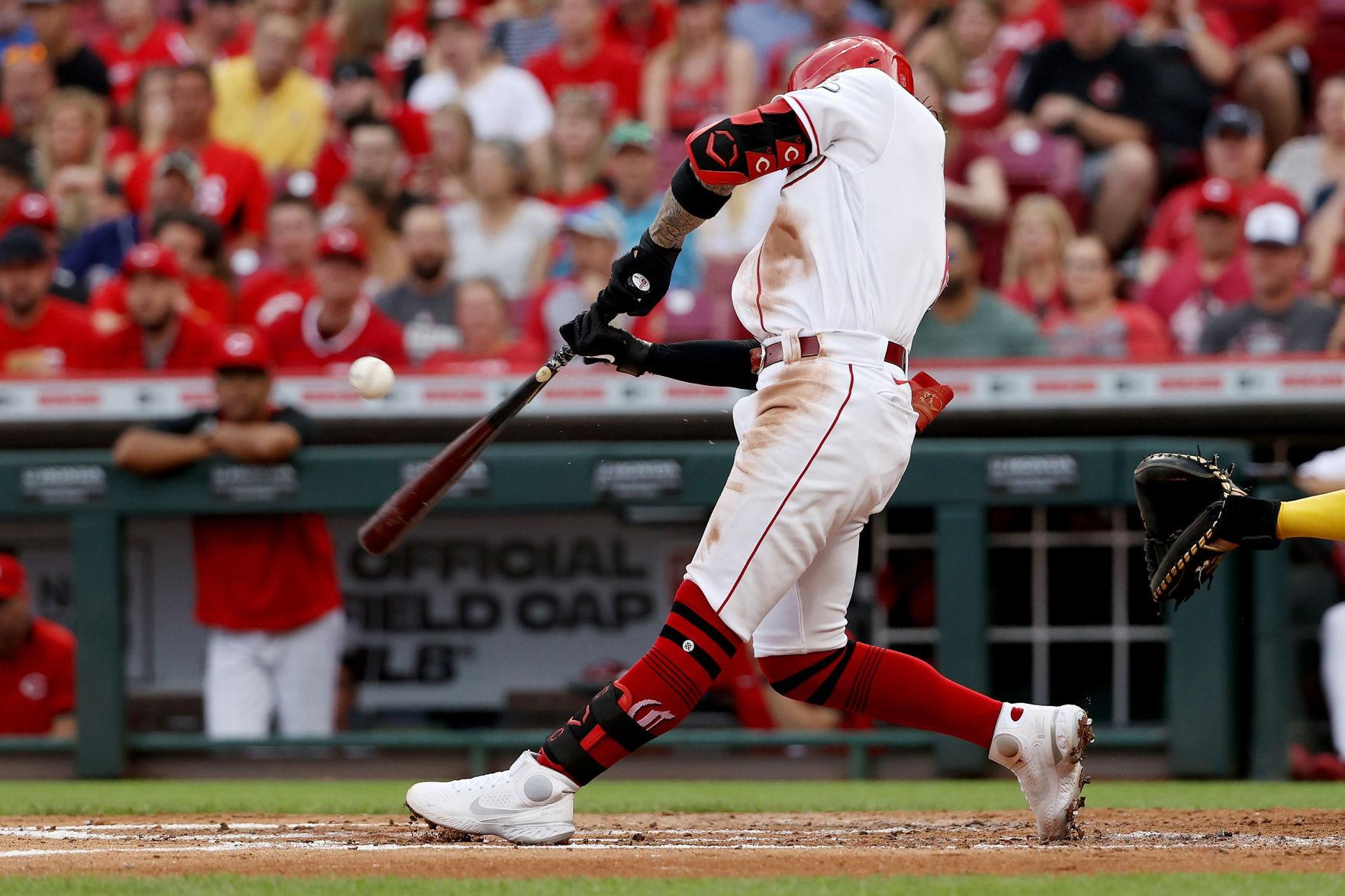 Reds' Jonathan India named N.L. Rookie of the Year — B1

A fire ripped through the former Wildwood II bar and restaurant located on the Curwensville Grampian Highway near Stronach. The blaze was reported around 12:30 p.m. on Monday. Numerous Clearfield County volunteer fire companies were dispatched to the scene.

STRONACH — A fire Monday afternoon destroyed a Pike Township building that housed to a former bar and restaurant.

According to Rescue Hose & Ladder Co. Deputy Chief Nathan Smith, firefighters were dispatched just before 12:30 p.m. to the structure last known as the Wildwood II, located at 2429 Curwensville-Grampian Hwy., Curwensville. Smith said the structure was currently listed for sale as a commercial property with the Lezzer Realty Group, Clearfield.

He said when the company arrived on scene, the first floor of the building, which has been unoccupied for several years, was burning with large amounts of flames and smoke pouring out of the windows. The blaze quickly spread to the second floor and an addition.

“It is a total loss,” he said. The state police fire marshal was on scene Monday afternoon to conduct an investigation. The name of the owner, cause of the fire and a damage estimate are currently unknown, Smith said in a telephone interview.

“We had a slow response at that time of the day with everyone being at work,” he noted.

There were no reported injuries and no difficulties with obtaining water, he said.

The lawsuit filed by the American Civil Liberties Union against Clearfield County over the proposed immigration detention center has been dropped.

Last month, ACLU of Pennsylvania filed a lawsuit in Clearfield County Court against the Clearfield County Commissioners for allegedly failing to follow the state Sunshine Law when the commissioners voted to approve contracts with federal Immigration and Customs Enforcement and the private prison company GEO Group to reopen the Moshannon Valley Correctional Facility as a immigration detention center.

On Sept. 28, commissioners approved a resolution to be the service provider to the U.S. Immigration and Custom Enforcement (ICE) for the Moshannon Valley Correctional Center to be an ICE detention center, and a second resolution to have the GEO Group to operate the facility on the county’s behalf.

The GEO Group had previously operated the facility for the Federal Bureau of Prisons, but that arrangement ended in March, resulting in about 300 employees losing their jobs. Many of those jobs will be returned when the facility becomes an immigration detention center.

The ACLU filed a lawsuit on behalf of Timothy Smith and Yvonne Reedy, no addresses provided — and the immigrants’ rights group Juntos alleging the commissioners didn’t properly post the agenda 24 hours in advance of the Sept. 28 meeting.

Chairman Commissioner John Sobel said the ACLU dropped the lawsuit because the second meeting provided the result the ACLU was seeking.

PHILIPSBURG — For the first time, the Moshannon Valley YMCA will hold a Fall Family Festival, which aims to give families an activity on a Friday night, according to branch Director Chris Calliari.

“It’s just something for the families to do,” said Calliari. “If you’re a parent and you have a kid, your Friday nights are usually not the most fun. Hopefully this will bring some entertainment for the kids and the families as well.”

Upon entering the building, people will visit the welcome desk and obtain a sheet with the different activities. The activities can be completed at various stations.

After all activities are crossed off, participants receive a goodie bag. The goal is to have six to eight stations, Calliari stated.

“Each station will incorporate some kind of either physical wellness, social wellness or mental wellness,” Calliari said.

These activities could range from pickleball to arts and crafts to a balance beam. Kids will also be able to create snacks, such as trail mix. Calliari noted that food-related materials will be separated to keep everything hygienic.

There will also be learning opportunities for parents. In the lobby area, there will be information about car seat safety.

Volunteers are always welcome to assist with the event. Anyone interested in volunteering can call the Moshannon Valley YMCA at 814-342-0889.

Although the fall festival is the first of its kind, Calliari hopes to hold similar seasonal events in the future, potentially in winter and spring. The Moshannon Valley YMCA would also like to incorporate monthly events for families, such as movie nights or a date night, Calliari stated. 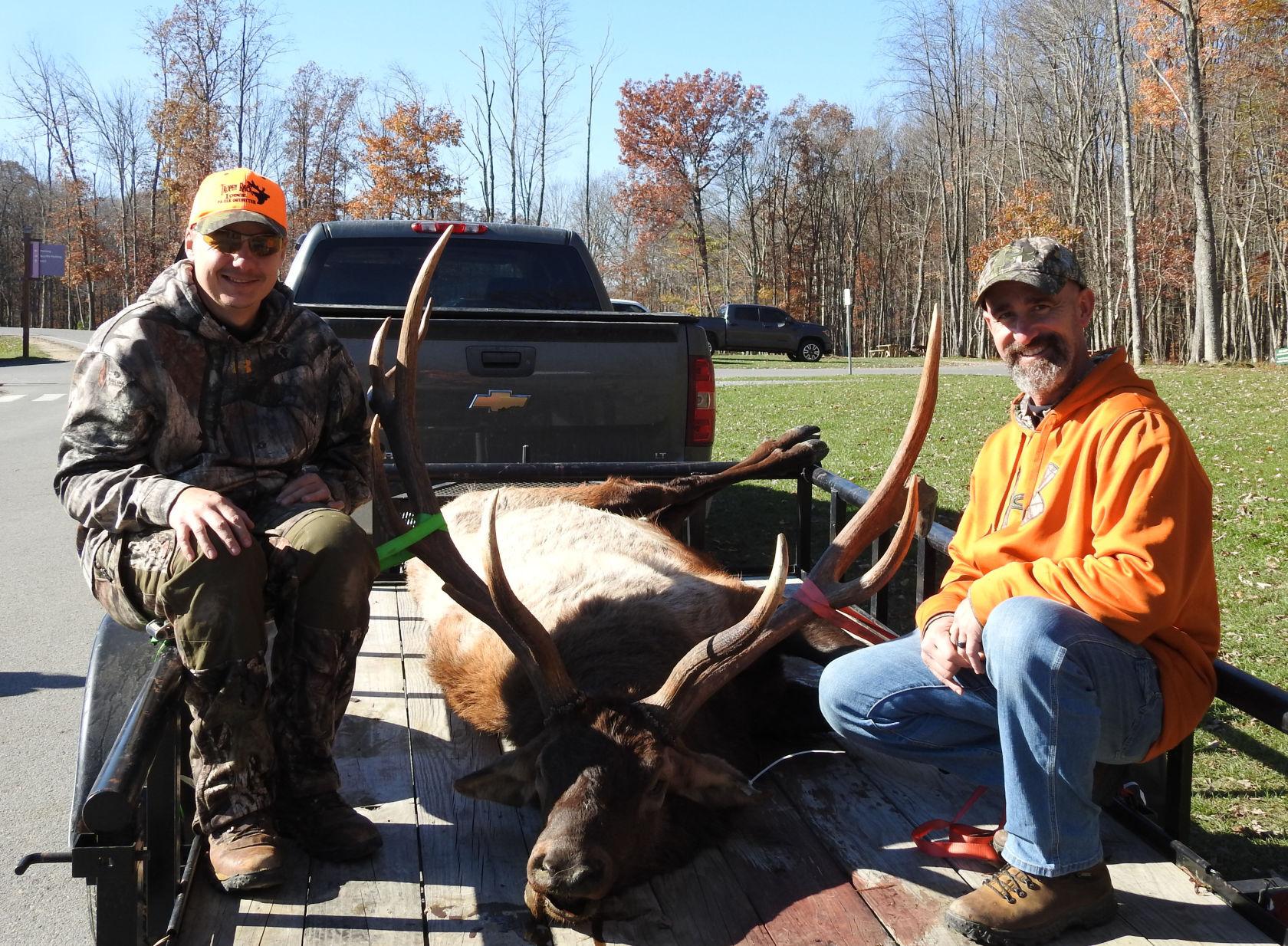 Firefighters responded to a structure fire at a two-story residence on the 200-block of Chestnut Street in Munson, Centre County early Monday morning.

MUNSON — Two people are homeless after a fire ripped through their two-story home on the 200-block of Chestnut Street in Munson, Rush Township, Centre County late Sunday evening.

According to Winburne Vol. Fire Chief Harold David, firefighters were dispatched around 11:30 p.m. on Sunday to reports of a two-story structure fire. The owner, Stacy Ostrofsky, was asleep when her son smelled smoke. He began to investigate the smoke when the smoke alarms went off, allowing both occupants to escape safely.

The structure and its contents were a total loss, David said. The property was insured. Winburne VFC and a state police fire marshal are investigating the cause, which is currently undetermined.

WEST DECATUR — Boggs Township and Wallaceton Borough are exploring the feasibility of a potential merger, according to information presented at the last Boggs Township supervisors meeting.

“I think many of us actually had thought about this for some time,” said Supervisor Joe Lonjin. “Me personally, I’ve thought about it for years, wondered when Wallaceton became a separate borough.”

The borough’s population has decreased in recent years, according to Decennial Census data. The population was 297 in reported 2020 data, which is down by 16 from 2010 data.

The discussions began after the borough contacted the township regarding a code enforcement officer, according to Lonjin.

Boggs Township shares, in a manner of speaking, its code enforcement officer with Decatur Township, according to Lonjin. Although each municipality pays separately for the officer’s time, there is an agreement for sharing phone costs.

“We just thought it made sense to go and talk to (Wallaceton Borough), share information and at the same time ask them if they had interest,” Lonjin stated.

These conversations began in mid-October, according to Lonjin. Boggs Township will continue discussions and look into state resources available for a feasibility study.

“In general, the state has tried to promote the consolidation of small municipalities to reduce overhead and provide better coverage,” Lonjin noted.

A feasibility study could help address questions regarding a merger.

“They had questions, and we have questions too,” said Lonjin. “We really want to find out what this study would cover so that we can answer all those questions.”

Attempts by The Progress to reach Wallaceton Borough Councilman Phillip Quick and others for comment were not successful. Councilwoman Sherry Knepp declined comment because she was absent from that meeting where the issue was discussed.