Steelers’ Edmunds to step up in Fitzpatrick’s absence –B1 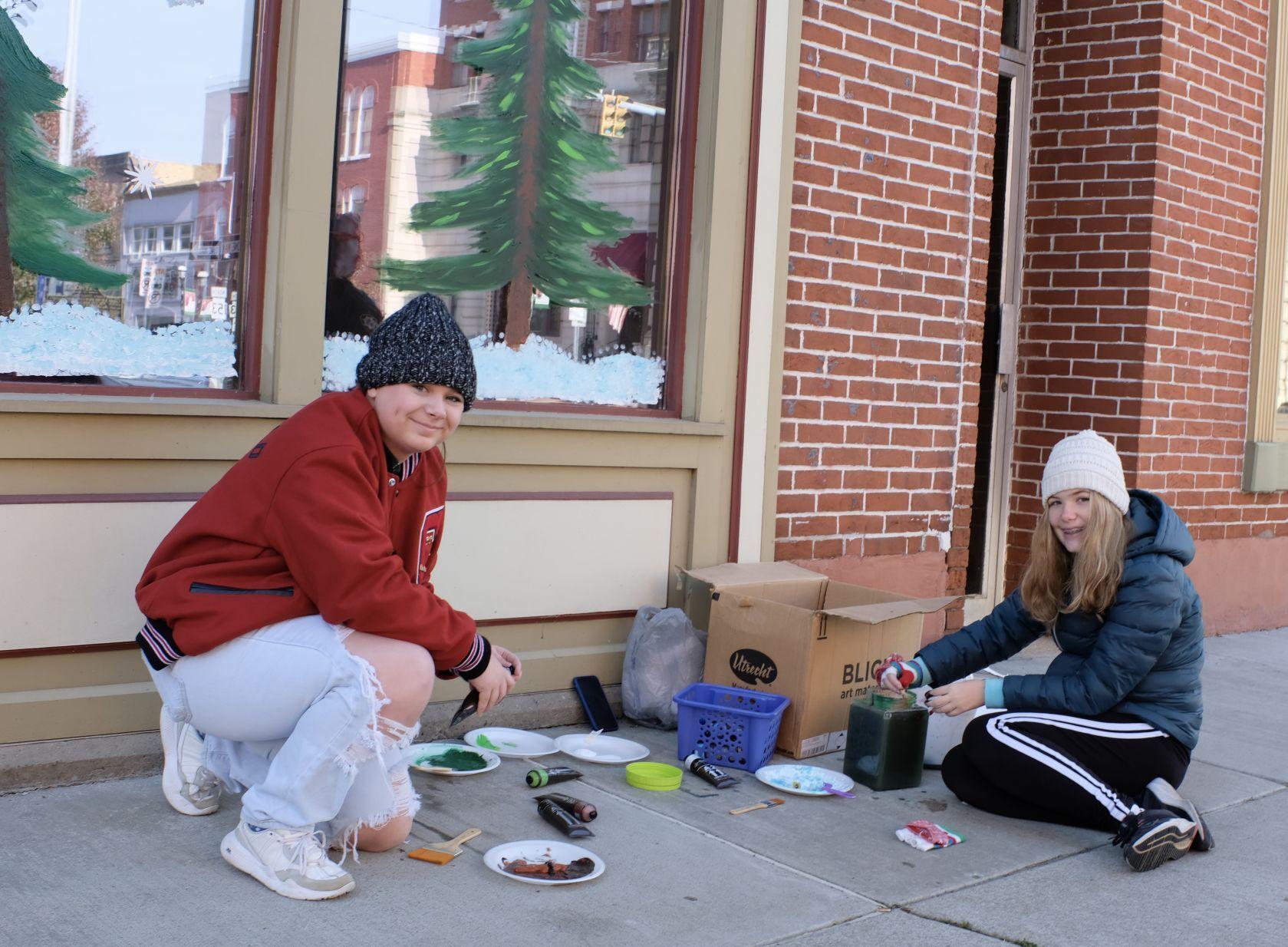 Abigail Simcox, left, and Sage Hoppe, who are art students in Leann Adams’ class at the Clearfield Area High School, painted a holiday scene on the windows of Moena Restaurant in Downtown Clearfield yesterday morning. Art students from the high school painted numerous business’ windows in preparation for the holiday season.

The audit covered a period of time between July 1, 2015 and June 30, 2019. During this time period, Martin was not with the district. He took the position of director of finance this past January. The audit process was beneficial for the district.

“The state auditors were helpful,” Martin said. “It was a good process to go through. It’s a good process for me, personally, just to do all that it helps with a lot of things.”

Martin addressed the highlighted problem areas from the audit. The first item was “the district had a cumulative deficit, which reduces the General Fund balance by more than $5 million,” Martin said.

There were a few reasons for this, according to Martin. Health insurance premiums have been rising, adding about $400,000 each year. The costs for charter/cyber schools have also increased.

There were roughly $6.5 million in transfers from the General Fund to the Capital Project Fund.

“In other words, there were a lot of projects that were going on where, instead of taking out financing for that, we used general cash to fund this project,” Martin said.

The school will prepare multi-year budgets as a way to address these issues. It will also create procedures for determining the minimum amount needed in the General Fund. The Government Finance Officers Association recommends about two months worth of expenses. That’s about $5 to $6 million for the district, reported Martin.

“The good news is as we look at our 2021 fund balance, it appears as though we’re going to have a surplus there, so we’re heading in the right direction,” Martin stated.

Part of this is due to a retirement incentive program. Although this caused the fund balance to initially dip, the district is now seeing gains as it didn’t fill some positions.

The district also was overpaid in transportation reimbursement to the tune of about $28,600, Martin stated. Reimbursement is a complicated process that requires submitting data.

Moving forward, the district will have written procedures and a documented reporting process. Martin recently worked with the transportation office on this process for next year.

“What I did on my side was to make sure we come up with what that should be and then reconcile that back to the software,” Martin said. “It’s just having that control in place and having that conversation to make sure that all the data that’s being submitted is proper and correct.”

On the flip side, the district was underpaid for health service reimbursement. This was due to issues reporting the average daily membership, which is dependent on the number of students enrolled.

Martin stated the district is getting on track and correcting issues pointed out in the audit.

“Our results for 2021 were good, and I think that we’re trending in a good direction,” Martin said.

The supervisors purchased 13 each of M4 rifles, Tasers, and safety kits with biological masks, which are similar to gas masks.

The purchase would allow each member of the police department to have their own equipment so they wouldn’t have to share them with other officers, reducing the chance of spreading infection, Chief Douglas Clark said.

For example, the department currently only has five Tasers, which are shared between the officers, Clark said.

The township is using American Recovery and Reinvestment Act grant funds to purchase the equipment.

Supervisor Jeremy Ruffner asked Clark if the township would be trading in its old Tasers. Clark said the company would give the township money for them, and then they would likely be destroyed.

Clark said he is going to look into perhaps giving the old Tasers to the Clearfield County Sheriff’s Department because their Tasers are even older than the township’s.

“Sometimes its good to take care of our neighbors,” Ruffner said.

The township is also looking into purchasing additional training for the police department, but Clark said he has to check on the prices before they can make a final decision.

The new equipment purchase was approved on a 2-0 vote. Supervisor Randy Powell and Ruffner voted in favor, Supervisor Brian Collins was absent.

In other business, Clark presented the police department’s statistics for the month of October.

The Officer of the Month was Officer Zachary Cowan. 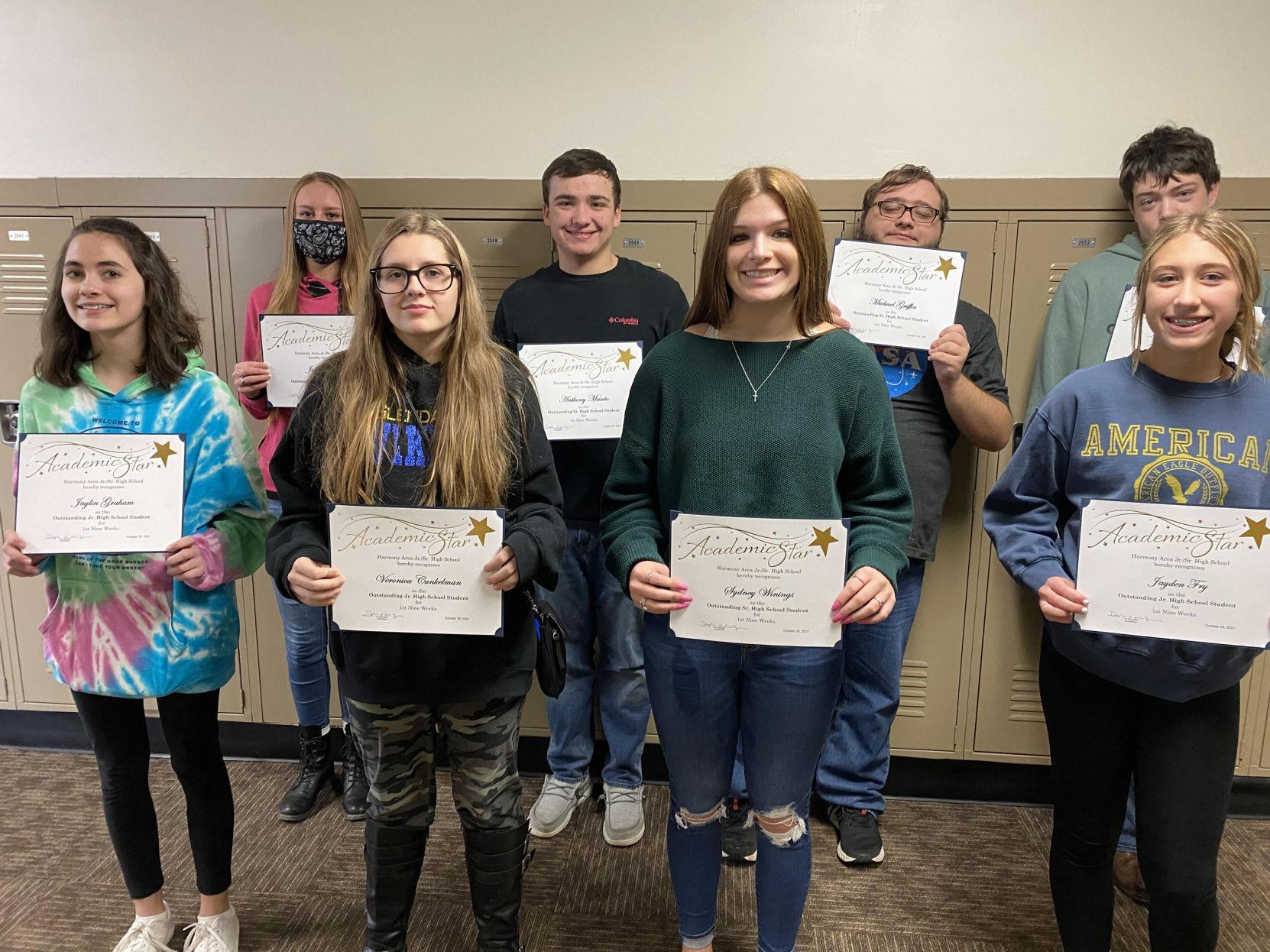 In effort to collect toys for the season of giving, Dented Keg Brewing Company has teamed up with Clearfield County Toys for Tots to host a one-day special donation and drop-off event this Saturday, Nov. 20 from 12 to 5 p.m. at the River’s Landing building located at 139 West Market St. in Downtown Clearfield.

Dented Keg Brewing Company and representatives from Toys for Tots will be at River’s Landing. Owners of DKBC will be on site to meet with the community to speak about the future opening at the River’s Landing location. DKBC’s beverage trailer will provide an opportunity for sampling and sales of beer and cider selections that will soon be on tap at the new location in 2022.

Donated toys are graciously accepted during the event. Please remember donated toys must be new items in original, unwrapped boxes. Monetary donations may be accepted and made payable to Clearfield County Toys for Tots.

Crime
Charges bound to court against Bailor for attempted murder

Robert Jeffery Bailor, 48, of Clearfield, who is charged with criminal attempt-criminal homicide for allegedly stabbing a 76-year-old man, had all charges bound over to court following a preliminary hearing yesterday before Magisterial District Judge Michael Morris.

The alleged assault occurred on Aug. 24, 2020 but after his arrest, Bailor was sent to Torrence State Hospital due to mental health issues, which delayed his preliminary hearing.

According to the affidavit of probable cause, state troopers interviewed the victim at Penn Highlands Clearfield where he was being treated. The victim said he arrived at his residence along Clarendon Avenue in Hyde about 9:30-10 a.m. on Aug. 24, 2020 when Bailor ran toward him and used a knife to stab him three times in the back of the neck and in the stomach.

Bailor was taken into police custody without incident at Penn Highlands Clearfield.

He is being held without bail.