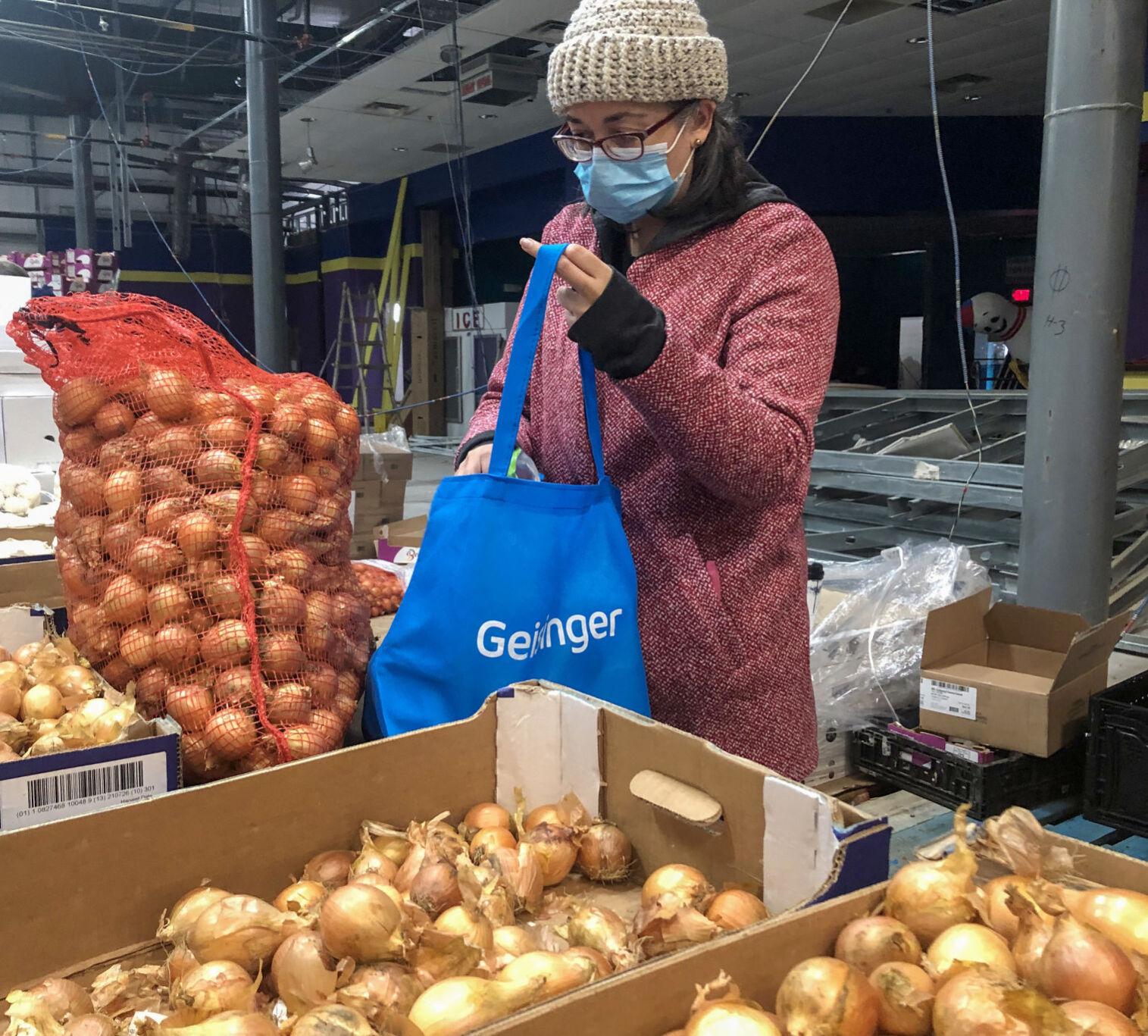 Inside the old bowling alley in Philipsburg, local volunteers and those in the Humphrey Fellowship Program, a program that brings professionals from various countries to select universities like Penn State, packed food during a recent YMCA of Centre County’s Anti-Hunger Program distribution. Pictured is Humphrey Fellow Angela Tejada Celi, of Peru. 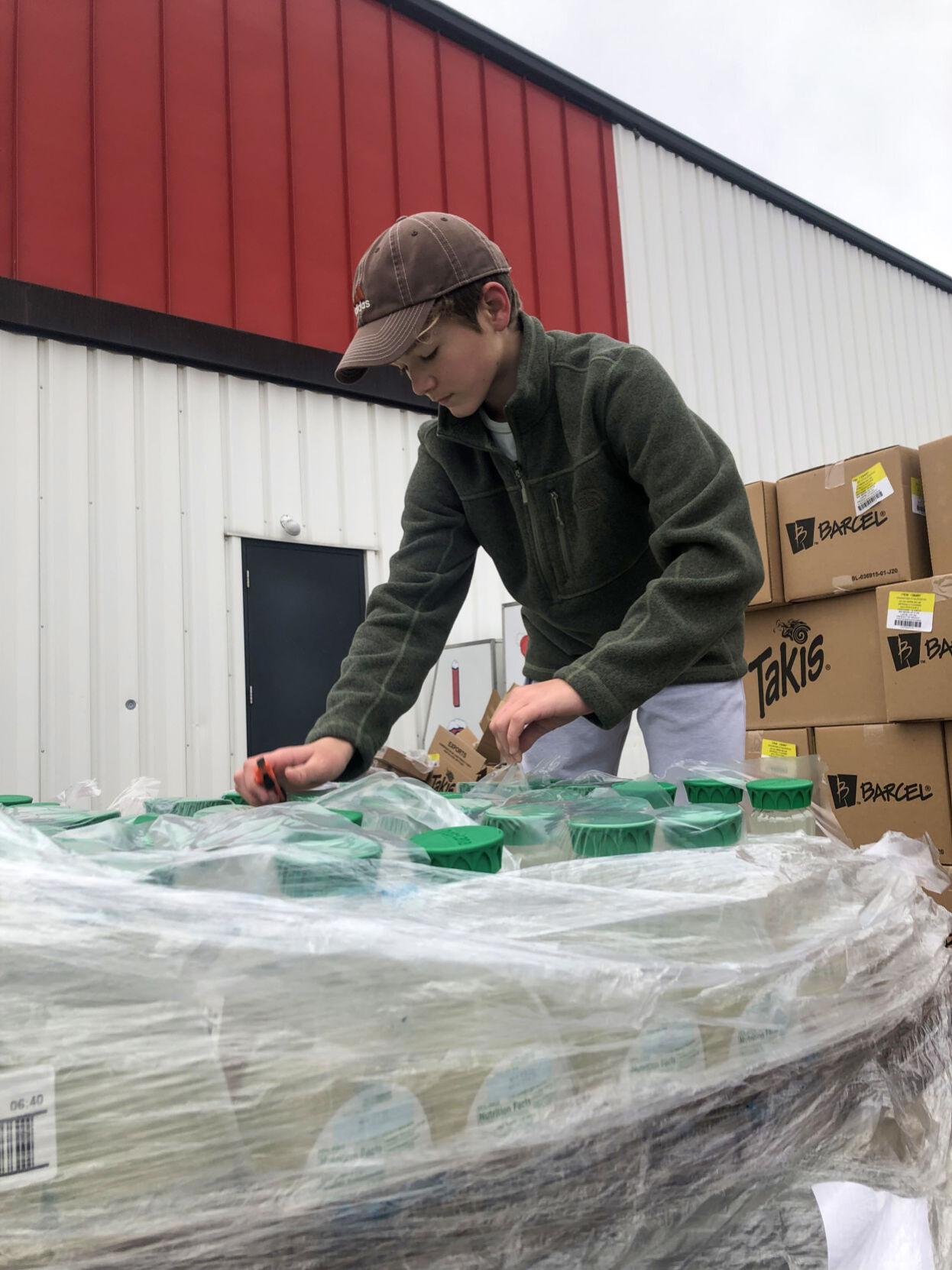 Luke Cessna, 13, of State College, helps distribute food at a drive through food distribution Saturday. The event at the former bowling alley on Enterprise Drive in Philipsburg was hosted by the YMCA of Centre County’s Anti-Hunger Program.

The Clearfield County Recreation and Tourism Authority and the Happy Valley Adventure Bureau are in the beginning stages of planning a heritage center in Philipsburg. Representatives recently visited the Elk Country Visitor Center, which is pictured in this file photo.

PHILIPSBURG — Clearfield County Recreation and Tourism Authority and the Happy Valley Adventure Bureau are partnering to establish a heritage center in Philipsburg.

Each organization promotes tourism in its respective county — Clearfield and Centre. Representatives from both the CCRTA and Happy Valley Adventure Bureau expressed a commitment to the project, which is still in its early stages.

Neighboring tourism organizations typically compete with each other for traffic, which makes this collaborative effort all the more special, according to Happy Valley Adventure Bureau President and CEO Fritz Smith. When Smith first joined the bureau, he reached out to Josiah Jones, director of the CCRTA.

The pandemic provided a learning opportunity for the bureau, emphasizing the importance of combining resources, Smith noted. The partnership is a tool to advance both organizations.

“I don’t think we’ve seen two adjacent tourist bureau’s take on something like this together,” Smith said. “This becomes let’s find a way to leverage each other’s strengths and resources and still get our message out to more people.”

The bureau currently has a visitor center in State College and a satellite center in Bellefonte, Smith stated. The western part of Centre County lacks a strong presence. Philipsburg, a town with a rich history and traffic from U.S. Route 322, appears to be the perfect spot for a center.

“We just wanted to expand our presence there and be able to get information to people,” Smith said.

“One of the important things we discussed was, and we still do to this day, is the fact that tourists do not see the boundary lines,” Jones said.

Discussions about the center have been ongoing for some time, Jones stated. Now appears to be the time to move forward.

Jones went with representatives from the Happy Valley Adventure Bureau to the Elk Country Visitor Center. The group observed the center, attempting to ascertain what makes the center thrive.

“The Elk visitors center is beautiful,” Jones said. “It really is put together well, and they’re doing a great job with growth and continuing to find new ways to bring visitors to the area.”

The center receives about 600,000 visitors a year, Smith stated. “Certainly substantially more than our organization receives at our two facilities combined, and so I wanted to know what’s the secret,” Smith said. The elk may play a role, he added.

The organizations could potentially coordinate with historical organizations. Coal, lumber and iron making hold a place in the area’s history. Perhaps places, such as the Coalport Area Coal Museum, could display items at a heritage center.

Sites are currently being considered on U.S. Route 322 and in downtown Philipsburg. A visible location on 322 may be best, but having a center downtown could generate foot traffic for local businesses, Smith noted. The site would likely be rented initially with both organizations splitting the cost, according to Smith.

“Philipsburg needs attention, needs destinations, needs reasons for people to get excited to visit the downtown area and just come into the area,” Stoddard said. He later stated, “We want people to be able to see something and learn something when they come into this.” 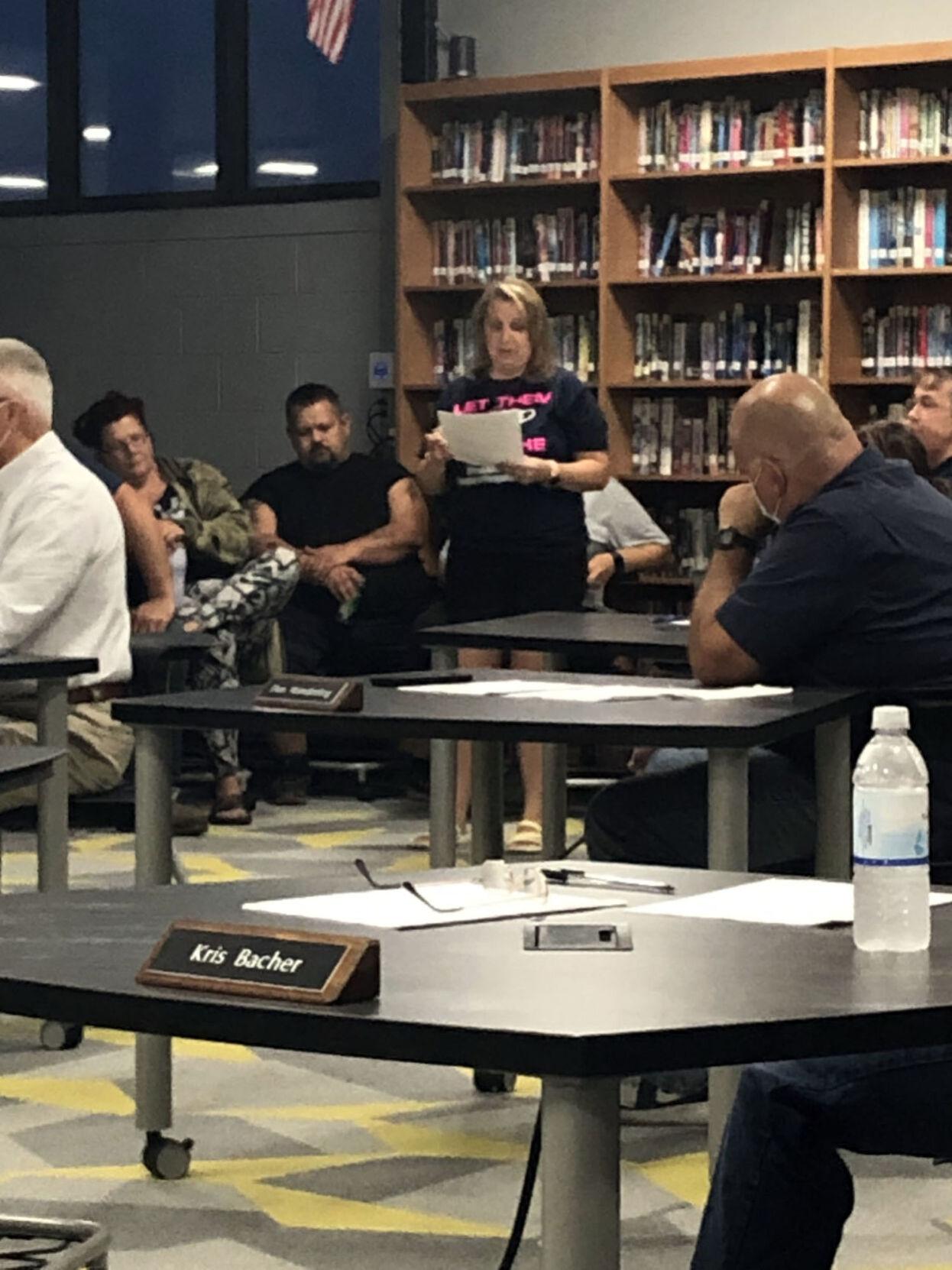 A group of approximately 20 people attended a September Moshannon Valley School Board meeting, with four of them asking the board take a stand against the state Department of Health’s mandate requiring students and staff to wear masks inside school buildings.

Clearfield Borough Police Department and the Clearfield County Area Agency on Aging, Inc. have partnered to create “Giving Trees” for area elderly and are again teaming up to spread some holiday cheer.

Elderly citizens in the Clearfield area, many of them are forgotten, living alone with no close family members or no family at all. Additionally, grandchildren living with grandparents who are receiving services from the agency could benefit greatly from a small act of kindness.

Last year, many individuals and organizations came together to provide truckloads of gifts and financial assistance for heating and medical needs. More than $14,000 was collected and sent directly to local fuel and utility suppliers to ensure our frail and elderly were warm in their own homes last winter.

The police department and CCAAA are partnering with the CVS Pharmacy, Shaw Public Library and Family Dollar Store of Clearfield, South Side Subs of Curwensville, and Leyo’s Supermarket of Coalport to host trees. The employees of CNB Bank, the state Department of Transportation, and Riverview Bank will also have their own trees and collect internally.

Tags will be hung on Nov. 19 at all locations and will be available through Dec. 17. The giving tree will offer the needs of many senior citizens around the area. Individuals are welcome to take a card, purchase and wrap the needed items on the card, and drop off the items and the card at either the Clearfield Borough Police station on North Front Street, CCCAA located on 116 South 2nd St., Clearfield or 600 Cooper Rd., Curwensville, or at one of the above-mentioned businesses hosting a tree.

The money collected will then be evenly distributed among those elderly needing this service, free of any administrative charges.

The Jefferson County District Attorney filed charges against Harry Eugene Dunlap, 69, of Curwensville, including manufacture, delivery, or possession with intent to manufacture or deliver –felony, criminal use of a communication facility –third degree felony, and possession of a controlled substance –misdemeanor.

According to the affidavit of probable cause, a confidential informant approached an officer who is an agent of the drug task force, saying they could assist in the purchase of crystal methamphetamine from Dunlap.

The CI sent the officer screenshots from Dunlap’s Facebook, and the officer was able to identify him. Later that day, the CI was picked up by the officer and searched for contraband, and not found with anything.

Dunlap was allegedly planning to sell the CI an ounce of methamphetamine for $700, and would meet them in the Scripture Rocks parking lot. Multiple surveillance units were set up in the area before Dunlap arrived.

While travelling to the meeting location, Dunlap stopped and asked for directions from one of the surveillance officers, where he was positively identified. Surveillance units also provided the registration and it was found that there was no record with PennDOT of the registration.

Once Dunlap arrived, he handed the CI a sandwich bag of crystal methamphetamine and the CI turned on the interior light to inspect the substance and introduce the officer to Dunlap. The CI paid Dunlap with official pre-recorded money from the officer. Dunlap also told them he would be back in town next week, and also had marijuana if they were interested.

The officer noted that at all times, the CI remained in their vehicle and in their control. The officer took the bag to the Brookville Police Department where it was weighed and NIC field tested positive for methamphetamine.

Dunlap is currently being held in the Jefferson County Jail in lieu of $50,000 bail.