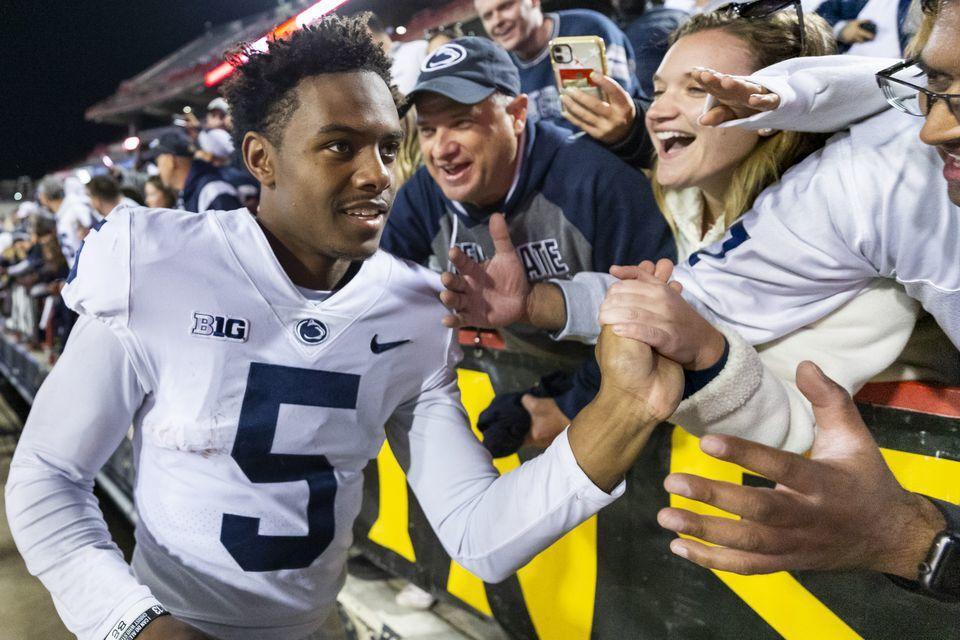 PSU's Dotson nominated for award - B1 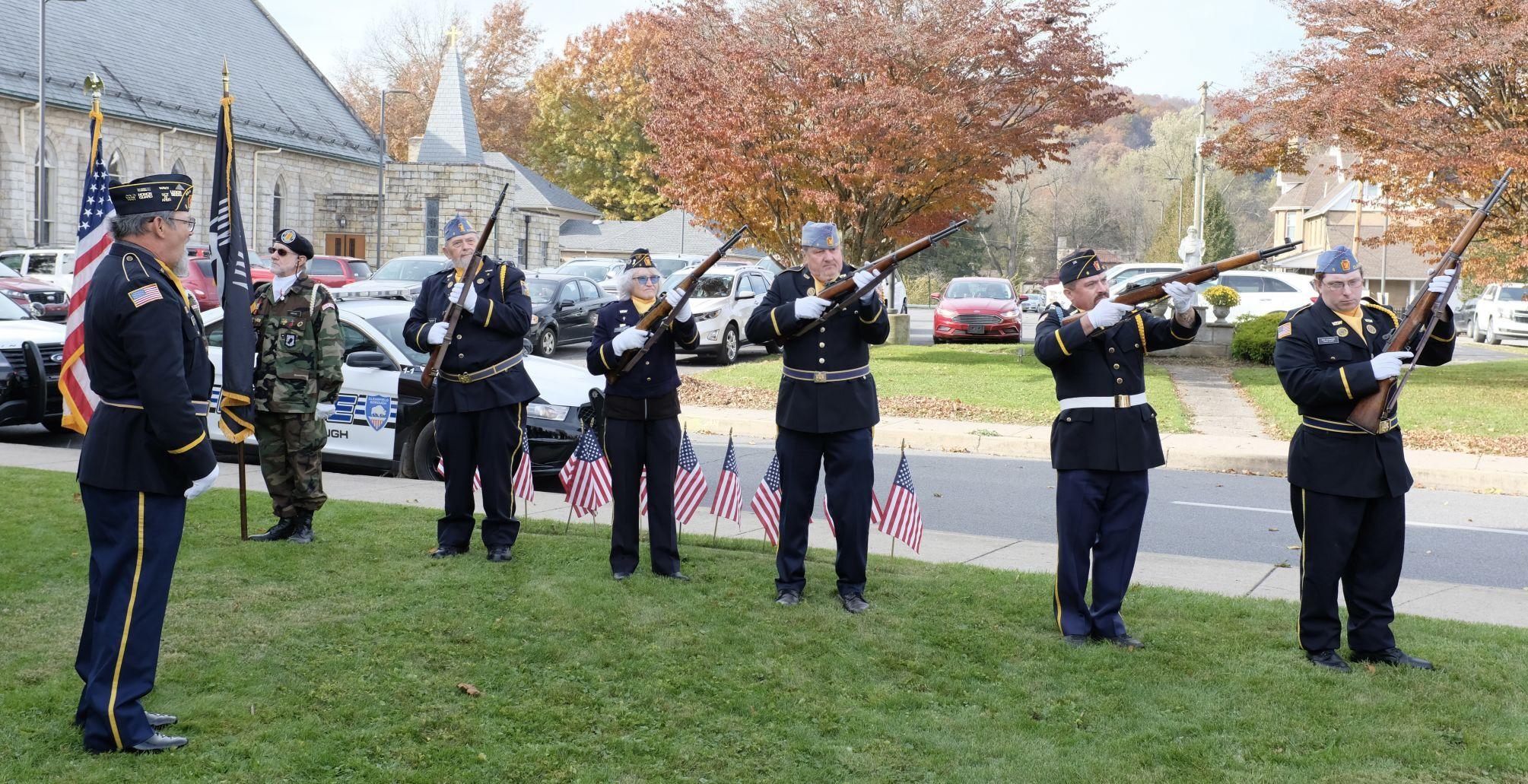 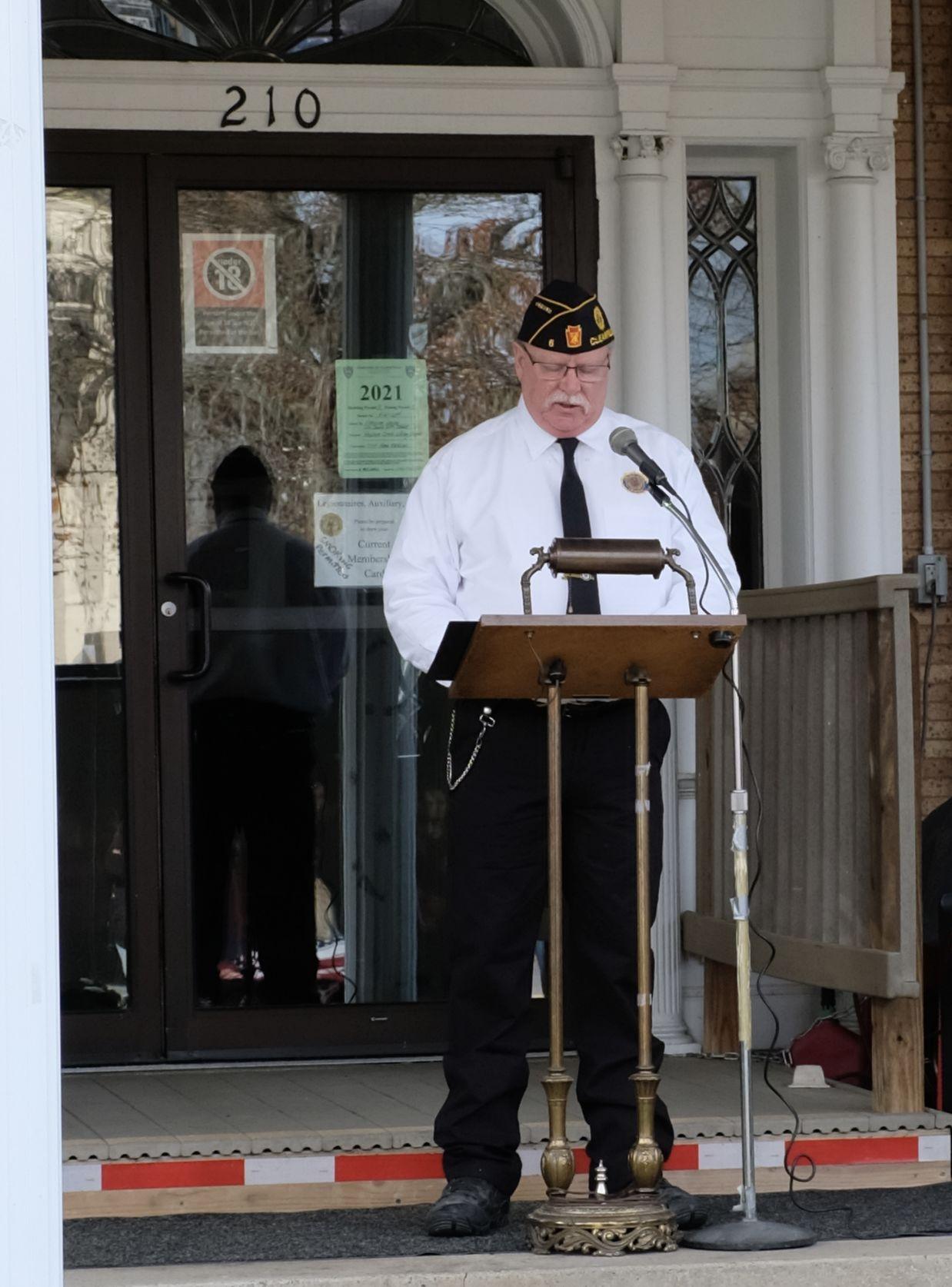 Post Commander Mark Crispell of the John Lewis Shade Post 6 of the American Legion in Clearfield was the master of ceremonies at yesterday’s Veteran’s Day services. 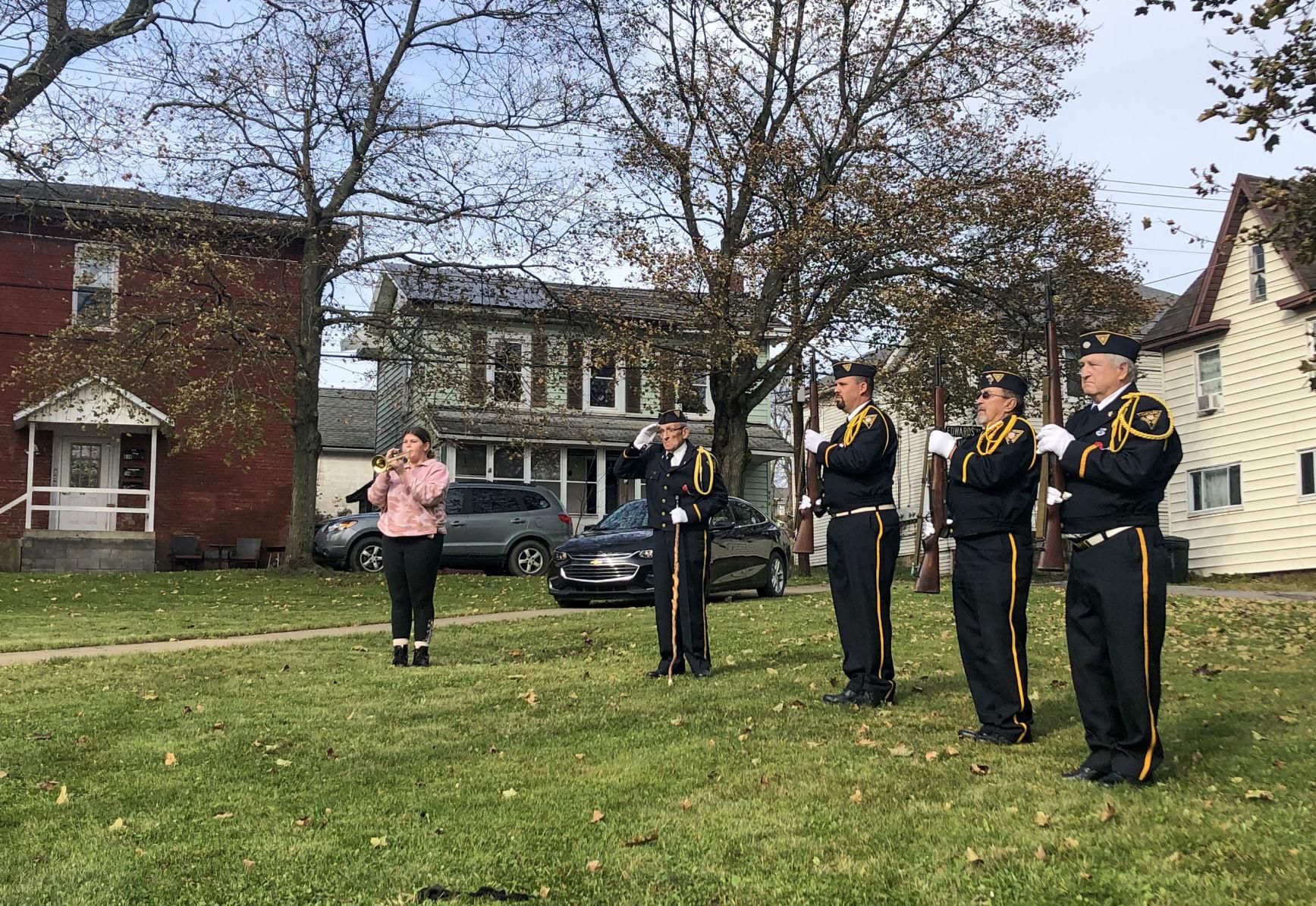 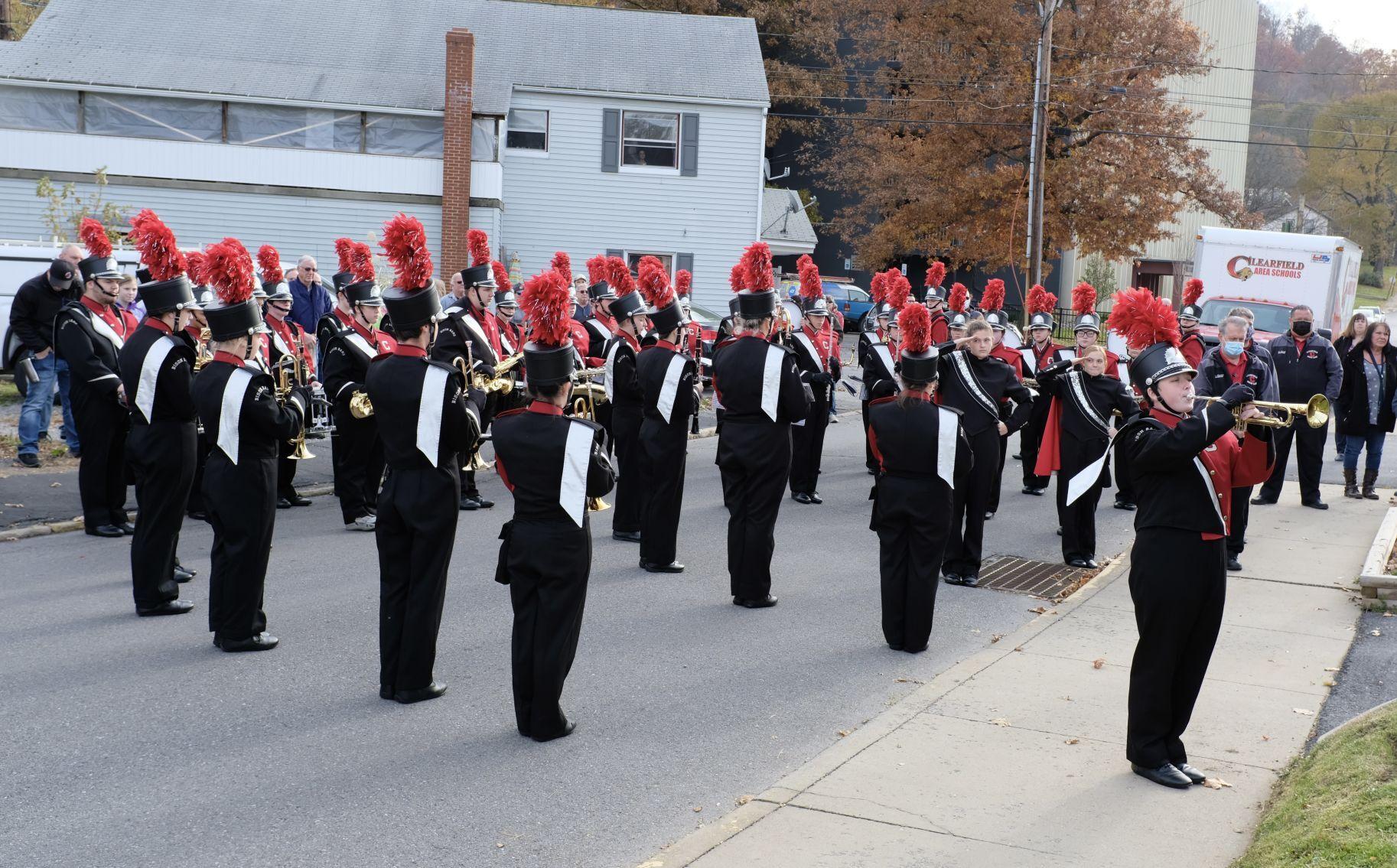 The Clearfield Bison Marching Band provided the music at yesterday’s Veterans Day services held in front of the John Lewis Shade Post No. 6 in Clearfield. 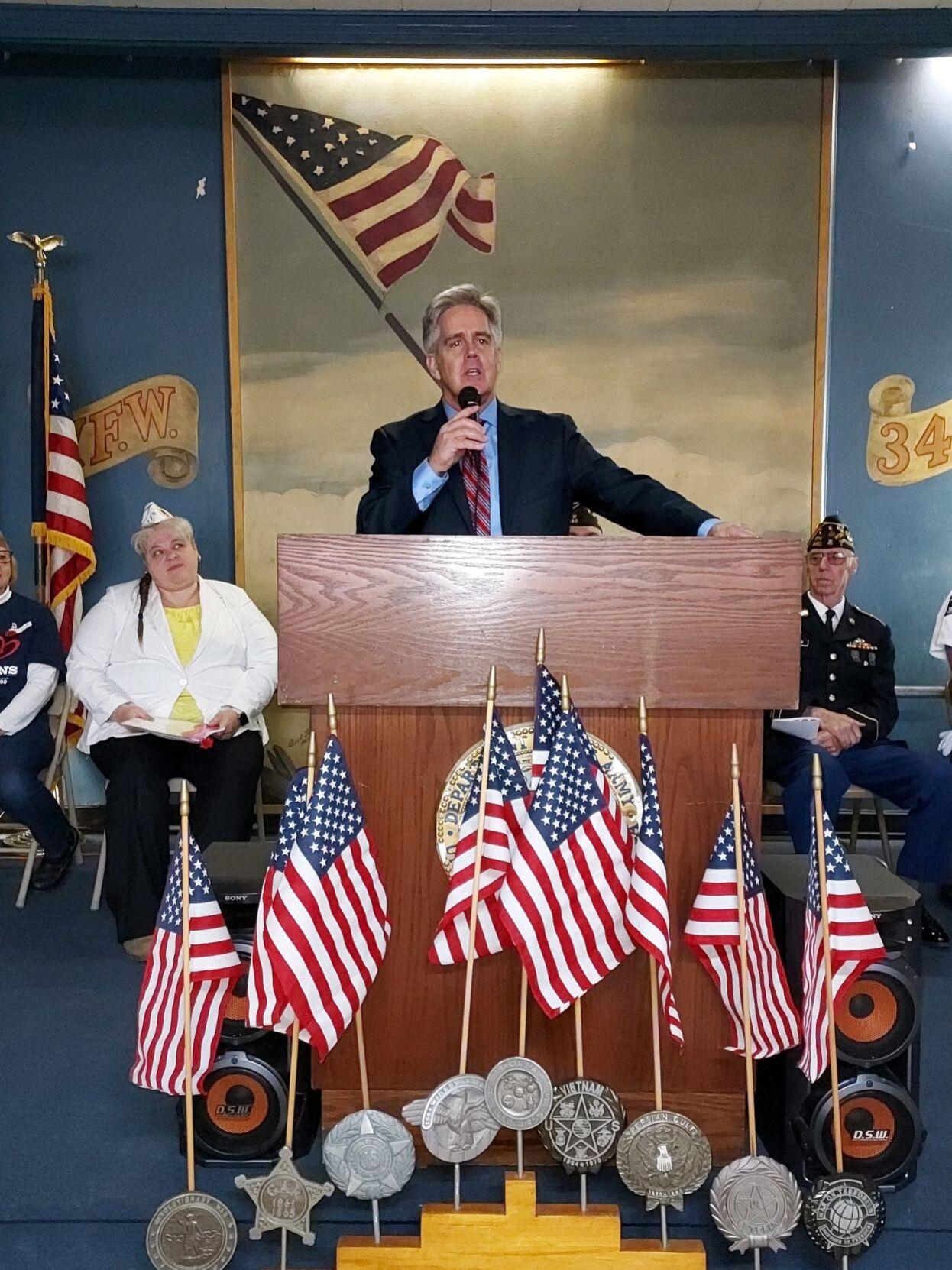 Lock Haven University’s Clearfield Campus will remain open, according to LHU Provost and Vice President Dr. Ron Darbeau at a meet and greet event held Wednesday at the satellite campus.

He said LHU should have invested more in the campus in the past and they won’t be making the same mistake in the future.

“There is a mutual benefit for us to expand the offerings at this campus and see this campus grow, and for Clearfield to be a vibrant part of this new triad,” he added.

LHU is in the process of merging with two other state run universities — Mansfield University and Bloomsburg — to form a triad.

The merger is in response to declining enrollment and declining revenues at the three schools, Darbeau said, explaining that LHU’s expenses exceed its revenues.

“The system as a whole is hemorrhaging resources and is simply unsustainable,” Darbeau said.

He said initially there was discussion about closing the Clearfield campus — but that option was rejected.

“It was many proposals that were considered,” Darbeau said.

Although enrollment at LHU has declined and continues to decline, Clearfield is one of two campuses where enrollment has increased. Officials are now looking at ways to further build the campus. He said they are considering bringing programs to the campus where students can earn credentials, certificates, associates degrees and baccalaureate degrees.

“It is our intention for the Clearfield campus to be a full partner in the triad,” Darbeau said.

But he said whatever they do has to be fiscally responsible.

Officials are looking at making strategic investments in the campus. Darbeau said it wasn’t a coincidence that enrollment at the Clearfield campus increased after additional programs were extended from Lock Haven University to the Clearfield campus. But he said they also don’t want to spend large sums of money duplicating facilities at all the member campuses.

He said the challenge going forward is to determine what programming should be brought from Lock Haven and the other universities to the Clearfield campus. One way is they will be using more distance learning so students at a campus such as Clearfield can have access to classes and programs located at other campuses in the triad.

Darbeau also said they are investing in state-of-the-art technology and faculty training to make this happen.

He said controlling costs is extremely important because these costs are ultimately passed on to the students. Rising tuition at LHU has eliminated much of the cost advantage the university once had over many of its competitors.

He also said the schools will be spending more on recruiting in-state, out of state and international students to increase enrollment.

Clinical work cannot be done remotely or by simulation.

When Darbeau was asked if the merger plan includes staff reductions, he said LHU has reduced its staff to “right size its campus.” He said every university in the state system is looking at ways to control costs and part of that is right sizing campuses. But he added that the integration of the universities is not the cause of the right sizing of the campuses.

He said the merger launches in July of next year and he said the launch won’t be perfect.

“But we aren’t building this for 2022 or 2023 or 2024. Most of our universities have been around for 150, 180 years. We are building this for 2050, 2075, to make sure the higher education platform in Pennsylvania exists in a robust way for the students who come to us now and for their children and their childrens’ children, because the alternative is unthinkable,” Darbeau said. 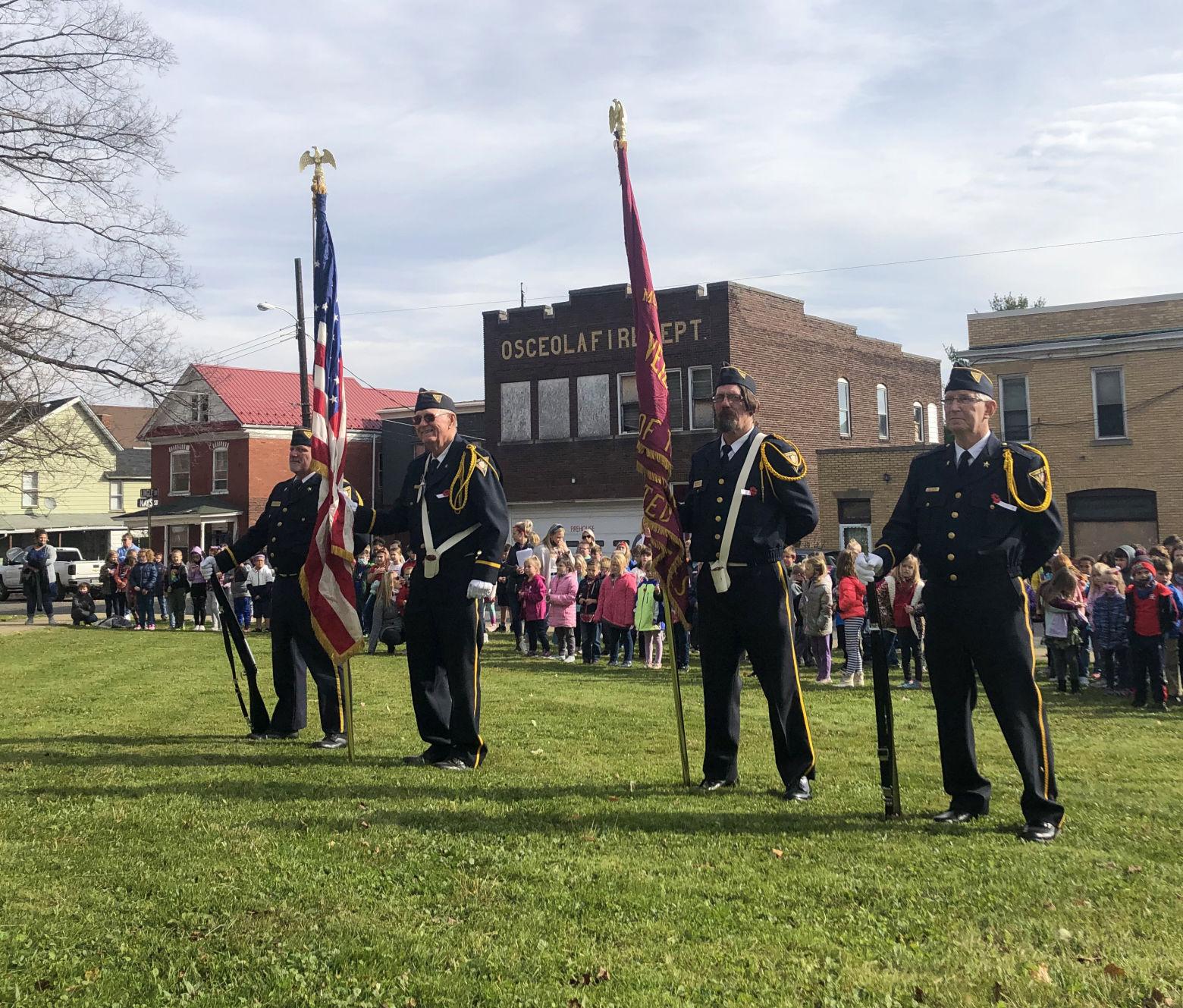 VETERANS DAY –Osceola front to back 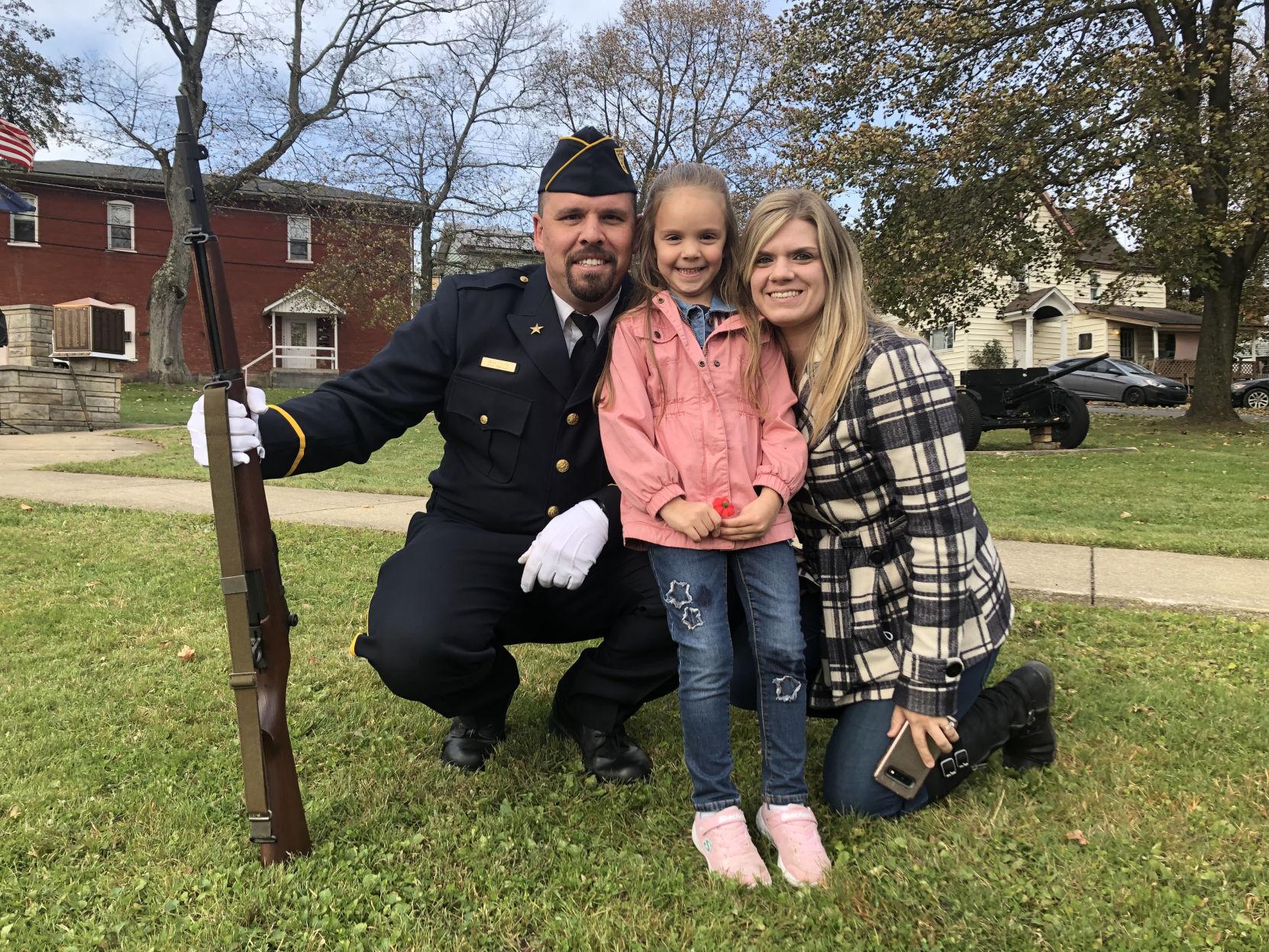 Tayliana Pollick, a student at Osceola Mills Elementary School, got the chance see her father, Brian Pollick Jr., a veteran and part of the firing squad, and Mary Jean Pollick after the Osceola Mills Veterans Day service. Students from the school walked down to the service on Thursday.

WEST DECATUR — Boggs Township had a special visitor from the Clearfield-based state police barracks at its recent meeting.

“Out of the county, I’d say Boggs Township is one of the more quiet ones,” Gray stated.

Gray asked if supervisors had any questions or concerns. Chairman Russell “Butch” Jackson noted that there is some concern at the intersection of Blue Ball Road and Old Erie Pike. People early in the morning allegedly speed through the stop sign, Jackson claimed.

The trooper is familiar with the spot, stating he has pulled over personal acquaintences there.

People must stop at the sign, then go up to the intersection before making a left turn, Gray noted. He said he would address this concern and have troopers in the area.

Supervisors also encouraged residents to take a position on the recently formed Board of Appeals. The township, as of Monday, had yet to receive a single letter of interest. Township officials reported speaking with the code enforcement officer who relayed the board would likely rarely see action.

Residents and supervisors discussed the importance of community at the meeting. Georgia Litz thanked the township for allowing a trunk-or-treat in its parking lot. “When you can work with us and do that, I think it’s really nice for the community,” Litz said.

Litz hopes there will be a tree lighting at the community park with details yet to be finalized. Although it can be difficult to reach people, working with the community is rewarding.

“It’s hard to work together as a township because it’s hard to reach people, but we try our best to do that,” Litz said.

Dispensing information and being out in the community carries benefits.

“Every little bit helps,” said Gray. “You could end up talking to a child who doesn’t have the best home life, but something like that can just be a sunshine of light.”