Skip to main content
You have permission to edit this article.
Edit
Welcome, Guest
Inspiration
Just For You
Local
Mind and Body
Nutrition and Fitness
Share This 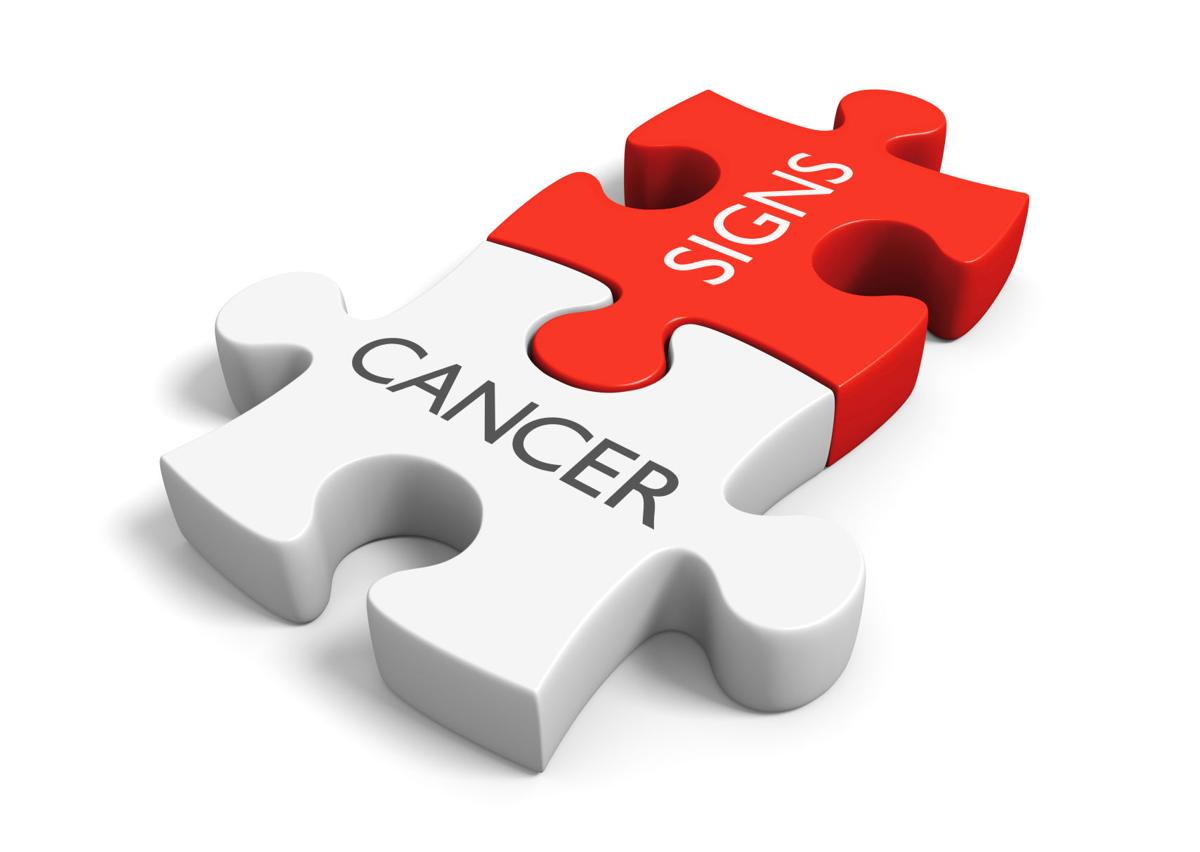 Two 3D rendered puzzle pieces with the words cancer and signs, linked together to conceptualize warning symptoms that are linked to cancerous diseases. 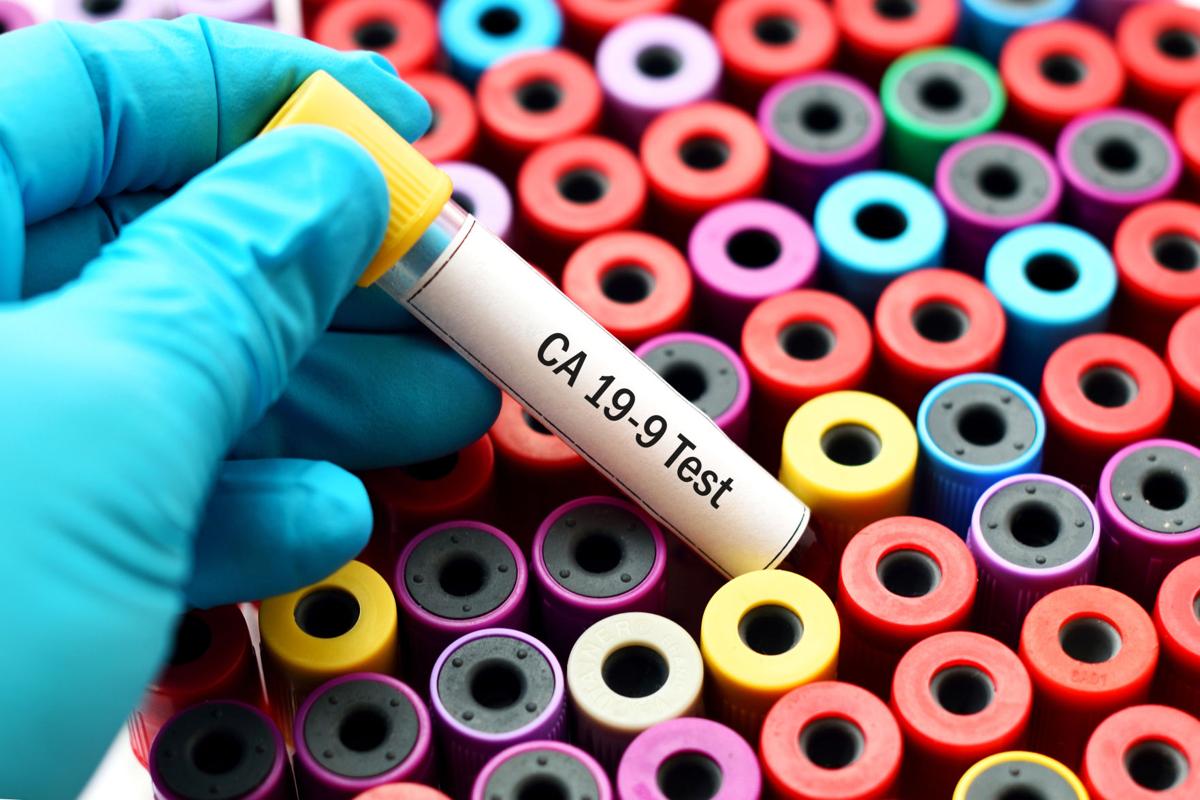 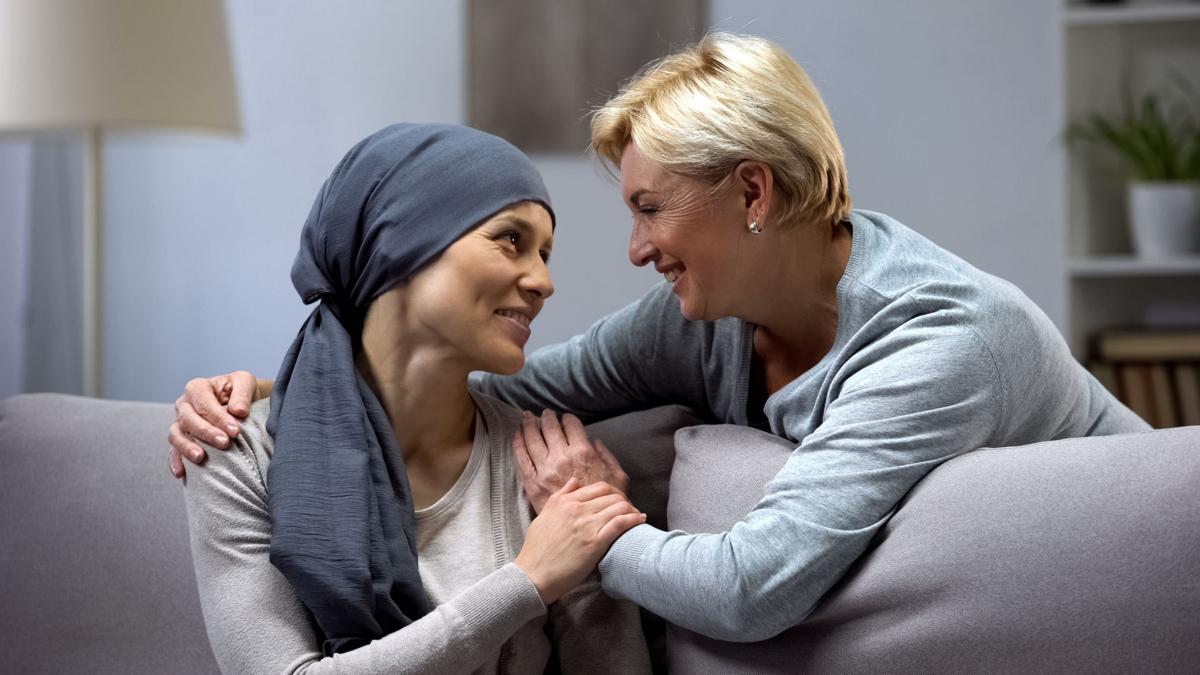 Mom supporting and hugging her daughter with cancer, visits in oncohospital 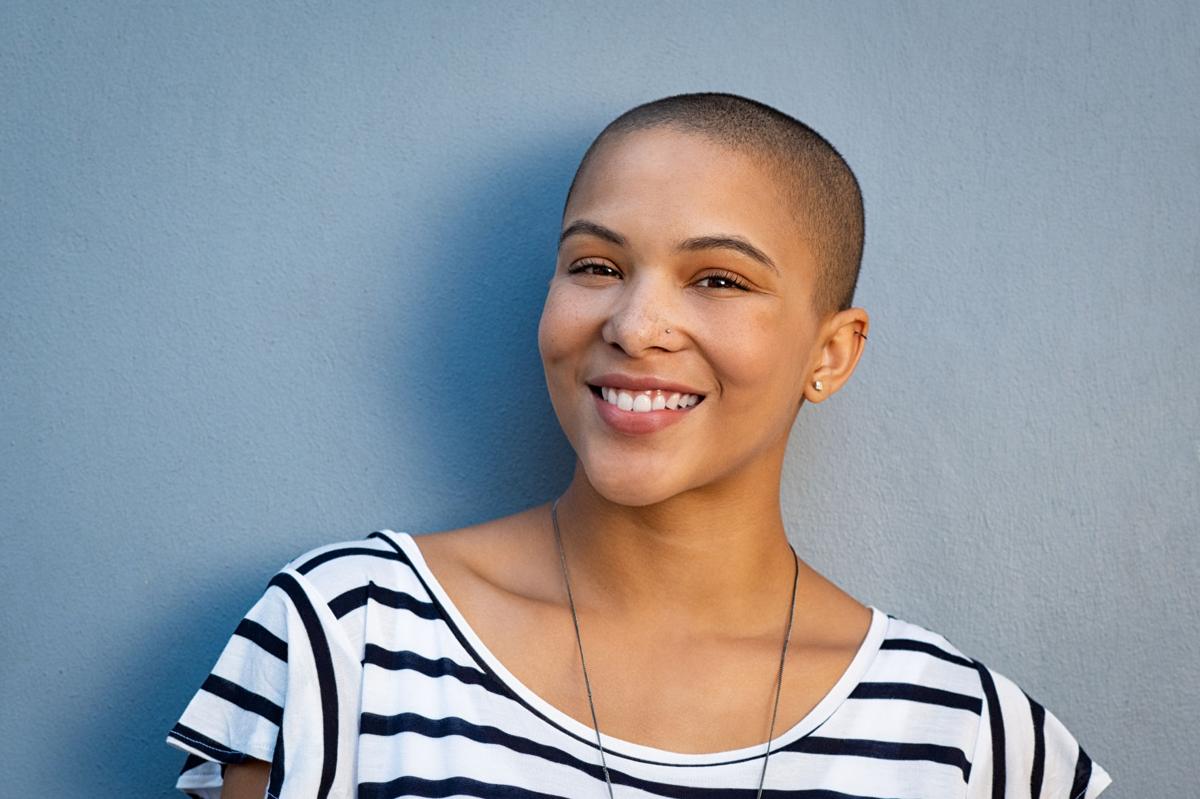 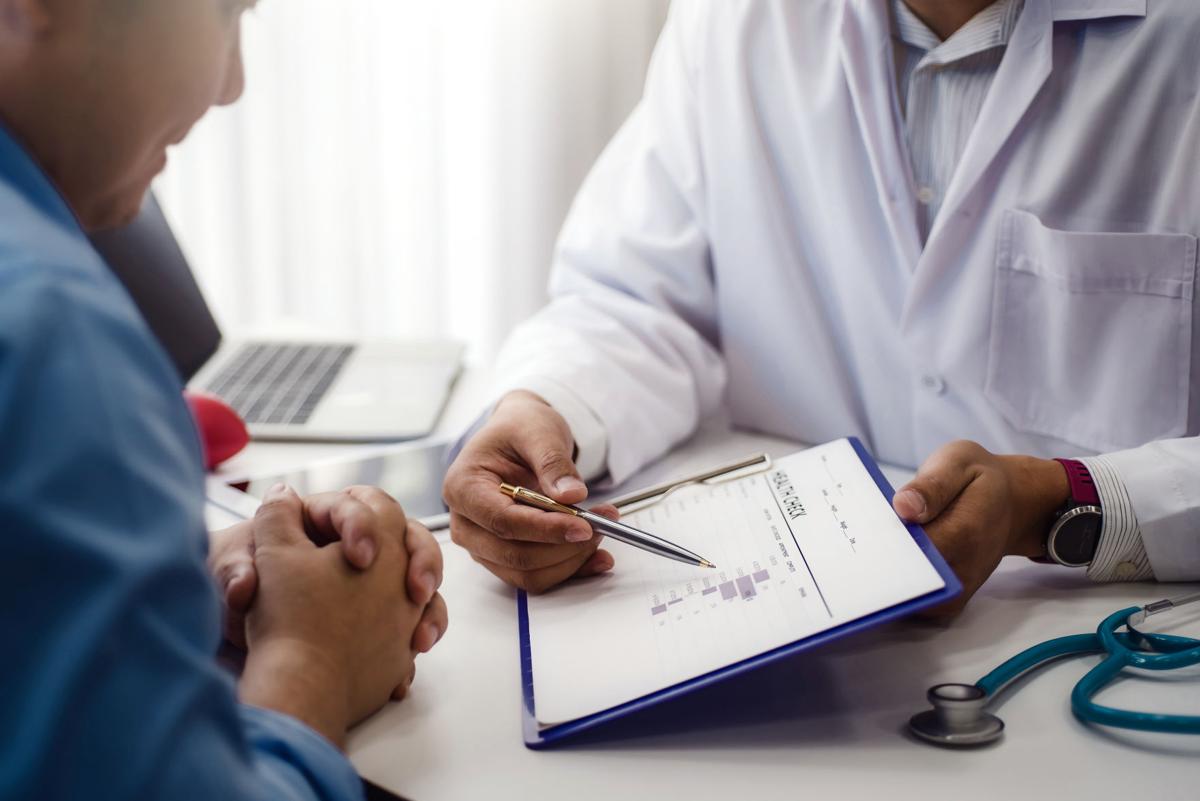 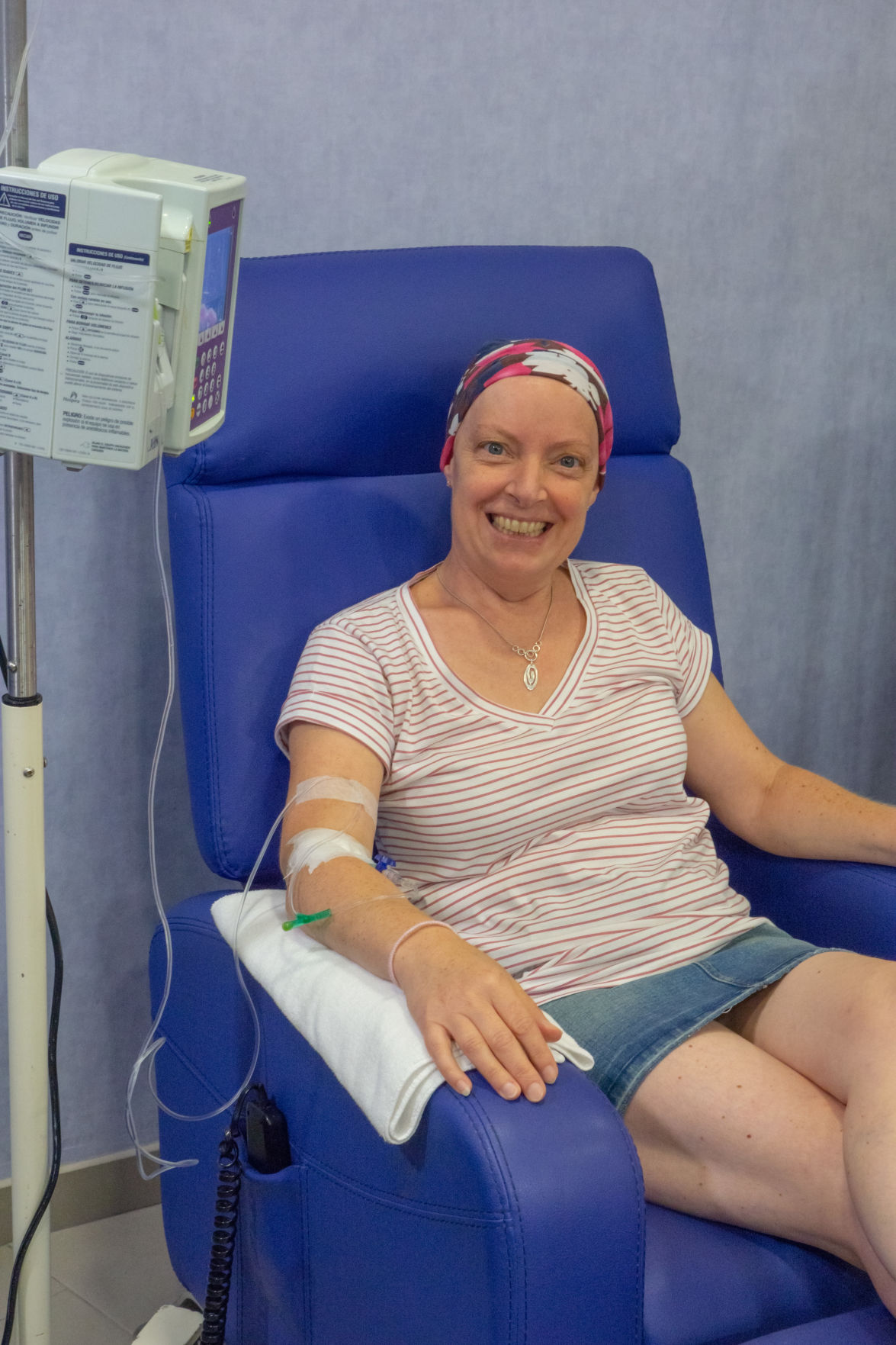 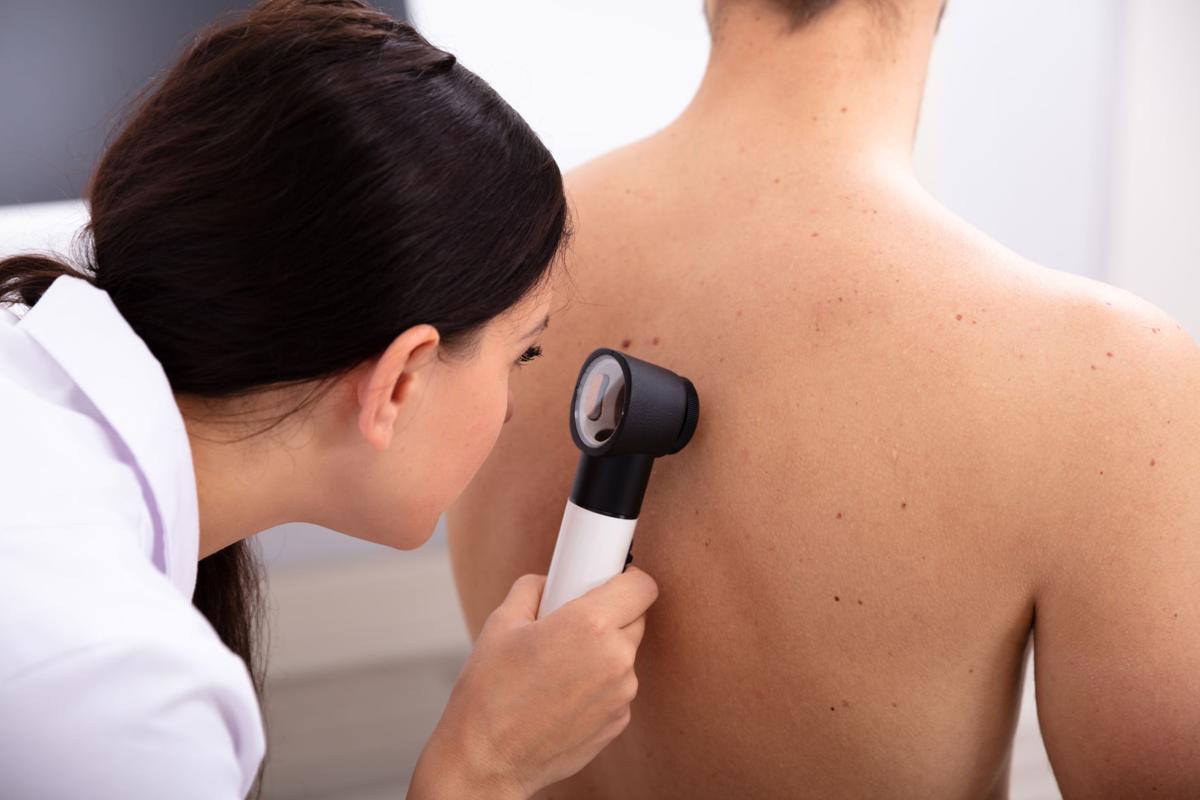 Female Doctor Examining Pigmented Skin On Man’s Back With Dermatoscope 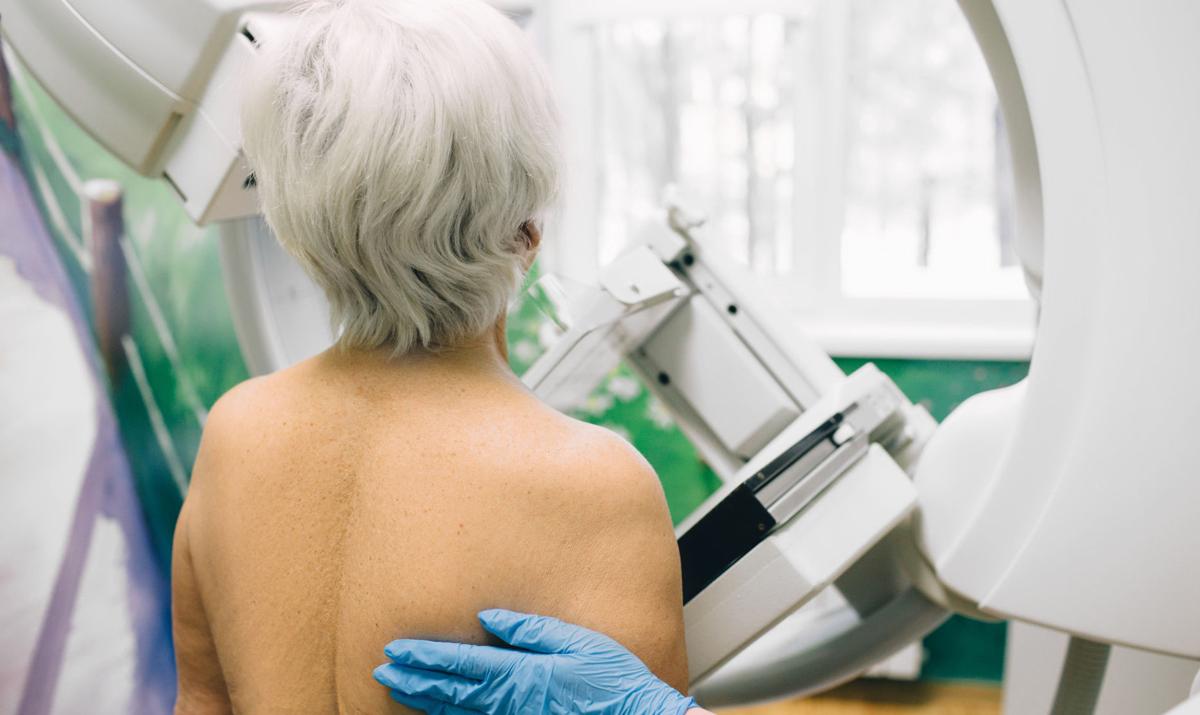 Senior woman having a mammography scan at hospital

Two 3D rendered puzzle pieces with the words cancer and signs, linked together to conceptualize warning symptoms that are linked to cancerous diseases.

Mom supporting and hugging her daughter with cancer, visits in oncohospital

Female Doctor Examining Pigmented Skin On Man’s Back With Dermatoscope

Senior woman having a mammography scan at hospital

The National Cancer Institute has estimated there are more than 100 different types of cancer. With cancer still being the second leading cause of death, after heart disease, in both men and women nationally, according to the American Cancer Society (ACS), chances are most people know someone who’s had the disease.

Cancer, however, is more treatable than ever, and advancements in cancer medicine are being made rapidly. In January, the ACS reported that over a 26-year period, the death rate from cancer in the country declined by 29 percent from 1991 to 2017. This included a 2.2 percent decrease from 2016 to 2017, the largest single-year drop ever recorded, according to annual statistics reporting.

This decline in the death rate over the past 25-plus years has been steady, according to the ACS.

“Overall cancer death rates dropped by an average of 1.5 percent per year between 2008 and 2017. This translates to more than 2.9 million deaths avoided since 1991, when rates were at their highest,” according to the ACS.

Cancer rates may be dropping because of better preventive care and, perhaps, healthier living. People could also be following medical advice and getting these screenings done when they’re supposed to.

“I believe that in this country, we are doing a good job of educating the people about the importance of these tests,” says Dr. William F. Crook, a radiation oncologist at 21st Century Oncology in Fort Pierce, Florida. “However, I still feel that we have a long way to go.”

These numbers were reported in “Cancer Statistics, 2020”, published in the ACS’s peer-reviewed journal CA: A Cancer Journal for Clinicians. The annual report estimates the numbers of new cancer cases and deaths that are expected in the United States every year.

According to the ACS, the decline in deaths from lung cancer drove the record decrease. Deaths dropped from about 3 percent per year from 2008 to 2013 to 5 percent from 2013 to 2017 in men and from 2 percent to almost 4 percent in women. But lung cancer remains the leading cause of cancer death, the ACS reported.

The 26-year decline in overall cancer deaths is due to long-term drops in death rates in lung, colorectal, breast and prostate cancers — the four most common types. But these four cancers also account for the greatest numbers of deaths from cancers.

“Almost one-quarter of all cancer deaths are due to lung cancer, more than breast, prostate and colorectal cancers combined,” according to the ACS.

Experts have attributed the decline to reduced smoking rates and advances in early detection and treatment of lung cancer.

“We are at a very interesting time in treating cancer patients,” Crook says. “Our survival rates are improving. This is partly to early detection but also our ability to treat and fight cancer with targeted therapies.”

He believes many people still are not undergoing the screenings they need.

“This may be secondary to not understanding why or from the fear of diagnosis,” Crook says. “I believe that through education we can increase the number of people that undergo the screenings.”

“Obesity is now a major risk factor for cancer,” says gynecologic oncologist Dr. Sharyn N. Lewin, president of the Lewin Fund in New York City and a women’s health and wellness specialist who focuses on the diagnosis, treatment and management of ovarian, endometrial, uterine, cervical, vulvar and vaginal cancers. “Recent data suggests 13 types of cancer are associated with weight.”

“Colonoscopies and mammograms are essential screening tools,” Lewin says. “Colon and breast cancers are highly treatable if discovered early. These screening modalities are essential for detecting cancers or precancerous lesions that are small in size. Both colonoscopies and mammograms have reduced cancer rates and the likelihood of being diagnosed with untreatable or late-stage cancers.”

“There are many factors that contribute to cancer risk — think of risk as a giant jigsaw puzzle: The more pieces we have to complete the picture, the better we can understand a patient’s risk and put a plan in to proactively address it, which ultimately can reduce mortality rates for cancer,” Hulick says. “But we need to understand whether additional or more frequent screening is necessary.”

Women can elect to have breast mammograms and MRIs to screen, which can lead to detection at an early stage, which has higher cure rates, he adds.

“Some women elect to have preventive surgery, bilateral mastectomy, to reduce their risk,” Hulick says. “Screening and preventive surgery are medically sound approaches, so women have choices. The key is being able to know one is at higher risk.”

According to Crook, there are many different organizations that help promote preventative screenings today.

“I believe that originally preventive screening tests were really only promoted through primary care physicians,” he says. “Over the last decade, there have been many charitable organizations and foundations that have helped promote public awareness.”

He adds that many companies also now have incentive programs and activities for employees that help promote good health, including detection, routine physical exams, and promoting health through eating and physical exercise.

According to Lewin, more businesses are indeed promoting cancer screenings and offering incentives for getting screenings done, “but more work needs to be done highlighting the importance of screening and prevention,” she says.

Dr. Timothy E. Byun, a medical oncologist with the Center for Cancer Prevention and Treatment at St. Joseph Hospital in Orange, California, says more businesses are interested in keeping their employees healthy, and that’s where cancer screenings come into play.

“They are more likely to save money because the cost of group health insurance will be lower when their workers are healthy,” Byun says. “Also, having healthy workers translates to higher productivity, so it would help. Last year, my colleague and I visited a local business and gave lectures on cancer screenings and prevention. It was well-received by the company employees who attended our lectures.”

He says as far as people following medical advice and getting these screenings done when they’re supposed to, some cancer tests admittedly have a better track record than others.

“Some screenings have good participation rates, such as mammograms and pap smears,” Byun says. “Others, such as colonoscopy, partly due to an ‘inconvenience’ factor, have a lower participation rate. So there are other colon cancer screening options, such as stool-based tests, CT colonography, flexible sigmoidoscopy.”

Crook echoes that it’s important to be proactive with health and stay on top of cancer screenings.

“I believe not only the survival of cancer has improved but also a decrease in the cancer rates,” he says. “By using early detection screening measures, detection has helped finding cancers at an earlier stage of disease, therefore improving survival.”

What age should you get screened?

Women ages 40 to 44 should have the choice to start annual breast cancer screening with mammograms (X-rays of the breast).

Women ages 45 to 54 should get mammograms every year.

Women aged 55 and older should switch to mammograms every two years or can continue yearly screening.

Screenings should continue as long as a woman is in good health and is expected to live 10 more years or longer.

Colon and rectal cancer and polyps

For people at average risk for colorectal cancer, start the recommended regular screening at age 45.

If you’re in good health, you should continue regular screening through age 75.

For people ages 76 through 85, talk with your health care provider about whether continuing to get screened is right for you.

People older than age 85 should no longer get colorectal cancer screening.

Cervical cancer testing should start at age 21. Women under age 21 should not be tested.

Women between ages 21 and 29 should have a pap test done every three years.

Women between ages 30 and 65 should have a Pap test plus an HPV test done every five years.

The American Cancer Society recommends yearly lung cancer screenings with a low-dose CT scan for certain people at higher risk for lung cancer who are ages 55 to 74 years and in fairly good health, currently smoke or have quit smoking in the past 15 years, and have at least a 30-pack-year smoking history.