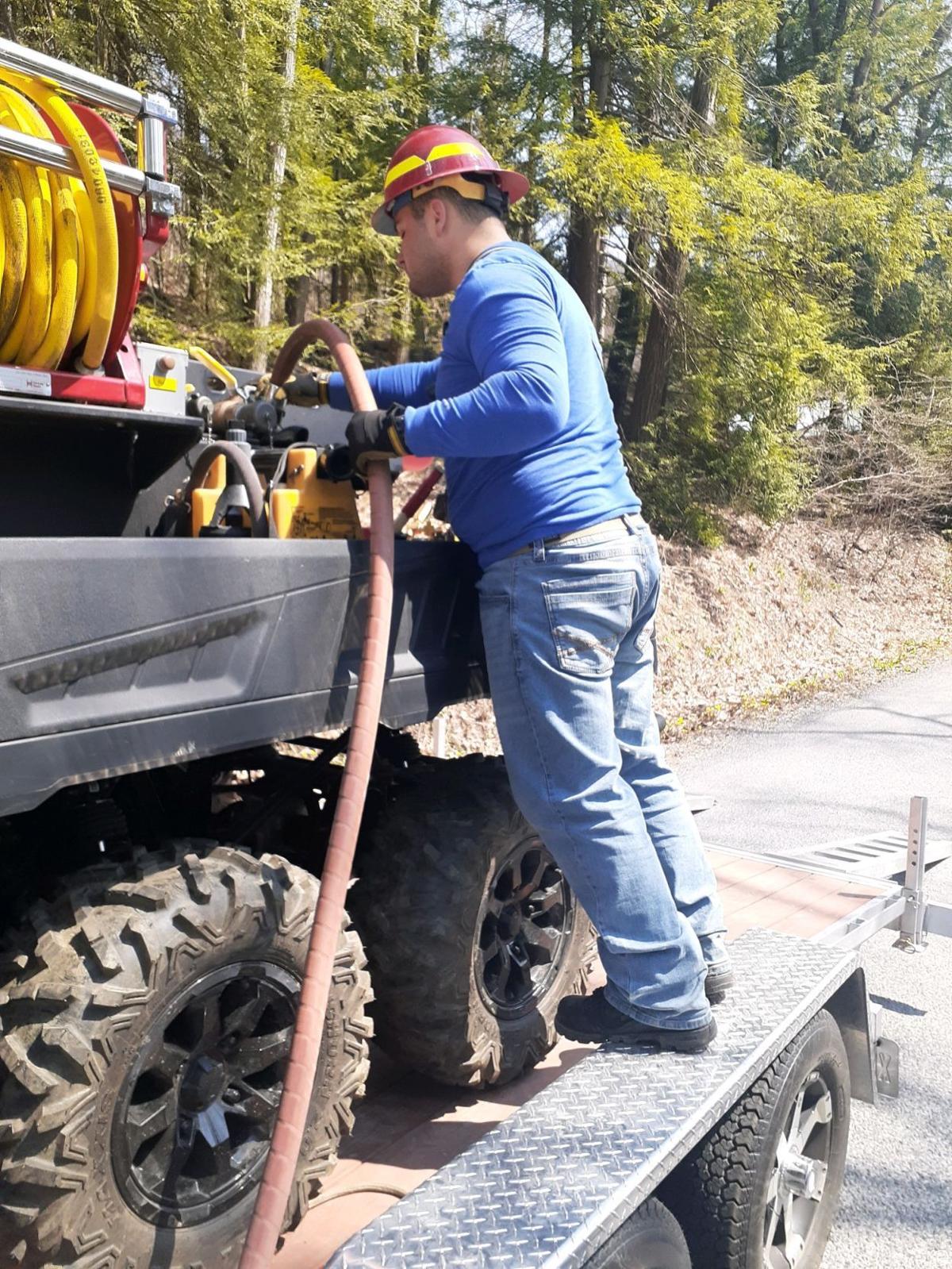 Philipsburg’s Hope Fire Co. firefighter Matt Kimberly is shown filling up the water tank of the company’s UTV before it was transported to Lawrence Township on Thursday to fight a brush fire. 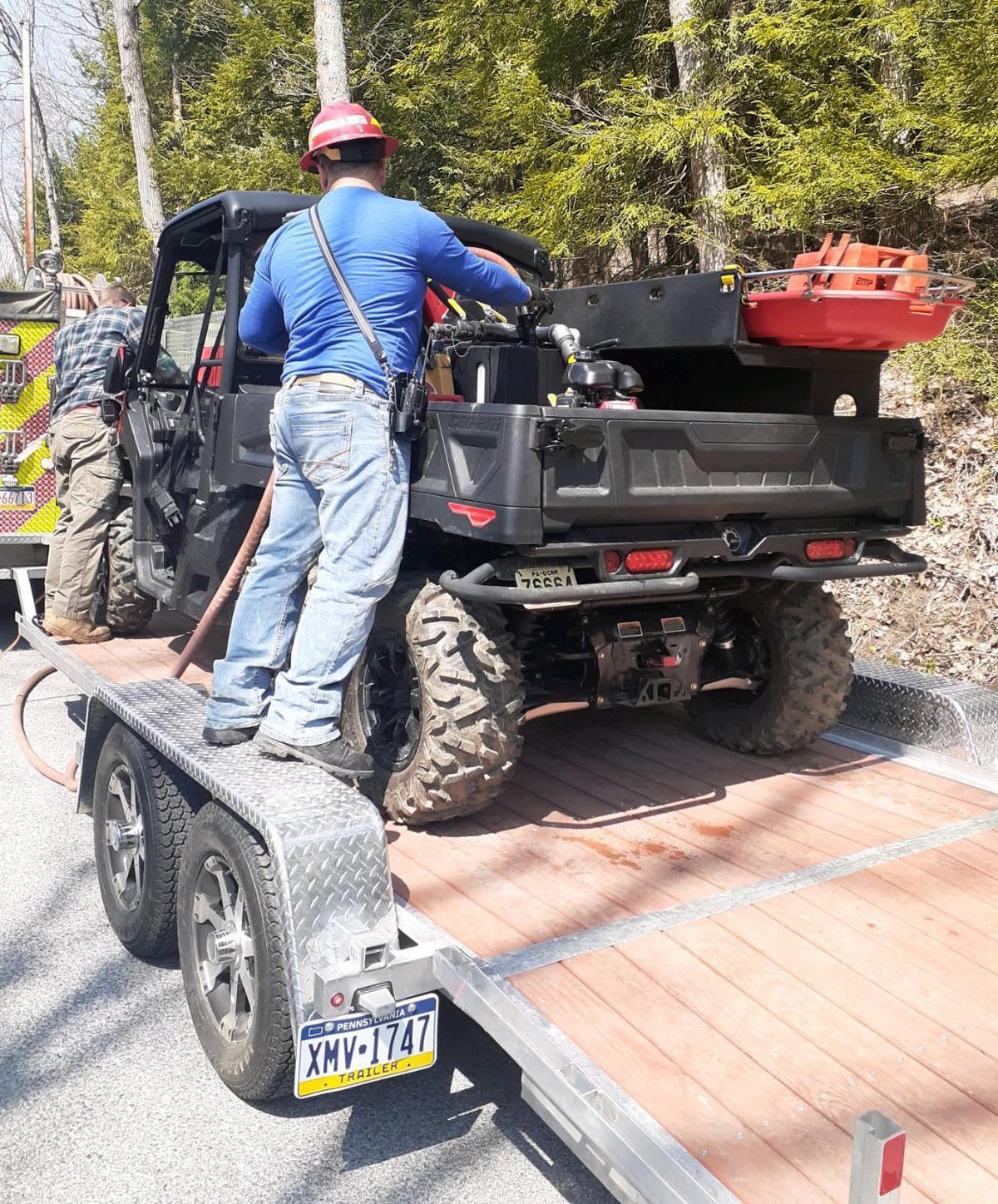 Philipsburg’s Hope Fire Co. firefighter Matt Kimberly is shown filling up the water tank of the company’s UTV before it was transported to Lawrence Township on Thursday to fight a brush fire.

PHILIPSBURG — Equipped with a new utility terrain vehicle, the Philipsburg Volunteer Fire Company is ready for the spring wildfire season, according to Assistant Chief Justin Butterworth.

The new UTV, which cost around $40,000, was operational in January of this year. The vehicle is customized with a watering pump. Its ability to go off road makes it perfect for wildfires and rescue operations. The team also has a 2001 Ford F-550 that carries 300 gallons of water. Each vehicle has tools, such as rakes or shovels, to fight a raging fire.

The UTV was utilized in Lawrence Township on Thursday for several hours along with apparatus from numerous other volunteer fire departments to fight a brush fire on Calvary Road. Numerous brush fires of all sizes have kept local firefighters busy in the past several weeks.

The biggest wildfire season occurs in early spring. Plants have yet to green the area, leaving a layer of vegetation vulnerable on the top, according to Butterworth.

Although recent snow may have left some moisture on the ground, a nice day can create a combustible situation.

“When we start to have a few nice days and there’s a bit of a breeze, that top layer, the dead grass and everything,” said Butterworth, “dries out very quickly.”

The good weather also draws people outside. According to the state Department of Conservation and Natural Resources, the majority of wildfires are caused by people. Those cleaning their yards in spring may burn leaves and twigs, creating a fire source.

Wildfires can also be started by accidental causes. Butterworth recalled a fire that started after a bird flew into a power line.

Philipsburg Borough doesn’t see many wildfires due to its dense population and smaller property areas. But areas that are more open, such as neighboring Rush Township, are more susceptible.

For those doing a controlled burn, Butterworth recommends burning immediately following a rainfall and avoiding dry, windy days. People should also prepare for the worst and have a water source nearby.

As of last Wednesday, the new UTV had only seen one wildfire. However it has been used in numerous rescue operations.

“Thus far,” said Butterworth, “it has proven to be a huge asset to the area.”