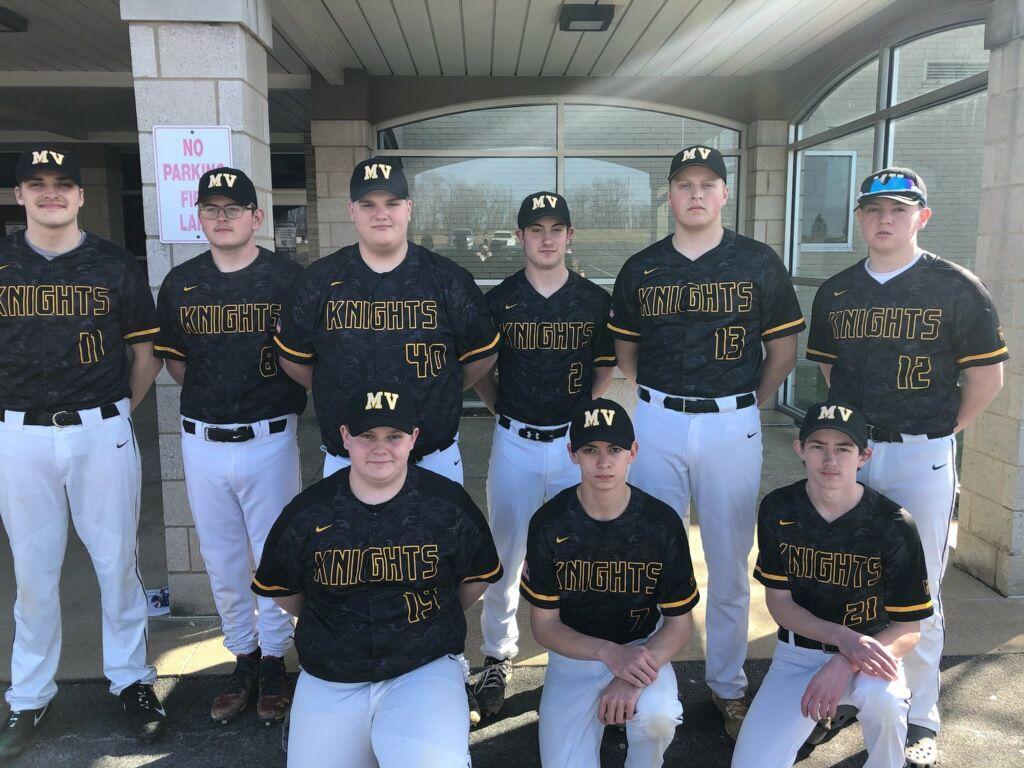 In January, Sue Helsel, left, of Olanta, brought her mother, Rebecca Litz, 88, of Olanta, to Clearfield to get a COVID-19 vaccination. At Tuesday’s meeting, the Clearfield County Commissioners urged all county residents to get their COVID-19 shots.

Commissioner Dave Glass this week urged residents who have registered for a clinic not to stand by and wait until an official calls them, but to take the initiative to schedule their own appointment.

Glass said he was recently informed of openings earlier this week at a clinic at Penn Highlands DuBois and said they were looking for people who wanted to get the vaccine shot.

“There is some slack in the system sometimes,” Glass said.

Glass said he is also urging residents to get vaccinated to help the county return to a sense of normality.

“Get the shot. The side effects are minor. The commissioners have all had the shots. When you get vaccinated you are helping the community and small businesses in the community because you will then be allowed to interact comfortably,” he said.

MADERA — Bigler Township’s supervisor vacancy is no more, as Doug Atkins was appointed as the newest supervisor on Monday.

Chairman R. Philbert Myers said Atkins was the lone applicant and he was approved by both Myers and fellow Supervisor Barry Reams.

Atkins’ position will last roughly eight months. He will then be on the Republican ballot in the spring primary in an effort to fill Mick’s original term which lasts until the end of 2023.

Mick resigned at the March meeting after he was charged with theft by unlawful taking in January. According to previous articles in The Progress, Mick made five fuel purchases totaling $104.

Mick was interviewed by a state Ethics Commission special investigator and Mick allegedly told the investigator it was possible he utilized the township fuel card instead of his own.

When interviewed, Mick told troopers that “It’s possible, but if he did, it was an accident.”

MADERA — Dogs and cats — running loose and injuring animals — are creating a problem for Bigler Township, according to a recent township meeting.

Karen Hendershot, speaking as a private citizen, raised the issue after one of her ducks was attacked by unleashed dogs. The incident wasn’t isolated.

Last Saturday, Hendershot rushed her ducks to safety behind a chicken wire fence when a neighbor alerted her to the free running dogs. Supervisors are attempting to address the issue.

“I know this is an issue, and I’m going to be contacting other agencies because we also have a cat problem down in my neighborhood,” said Supervisor Chairman R. Philbert Myers.

The dogs, according to Myers, have already been reported to local law authorities.

Cats are also of concern.

Although more cats are getting spayed or neutered, the population seems to continue growing, according to Hendershot.

The effects of the loose animals can be seen throughout the township in unexpected places.

“I had 20 tons of sand in a sandbox, and it’s just a big litter box,” said Supervisor Barry Reams. “It’s aggravating.”

Spaying or neutering is one way to keep the cat population down. According to the American Society for the Prevention and Cruelty to Animals, there are also medical benefits to spaying or neutering. The act prevents uterine infections and breast tumors in 90 percent of female cats. Neutering prevents testicular cancer and prostate problems.

Pet guardians should keep a close eye on their animals to ensure no future injuries occur.

Local
Cooper Twp. bridge one of several in the county to be repaired

About 12 different engineers have been sent proposals, according to Secretary Bernice Yedlosky. With a deadline set for April 30, the township should be able to review the responses soon.

“We will be able to look at those at the main meeting,” said Yedlosky.

The bridge, deemed as structurally deficient and at-risk, is receiving grant funds for the repairs.

Gulich and Morris townships also obtained funding for bridges over Walnut Street and Colorado Road, according to previous stories published in The Progress.

Although the total amount requested was $400,000, the county only had $132,000 available. Cooper Township received $50,000 for the Coalward Street Bridge project.

An additional application for funds from Irvona Borough exceeded $1 million in costs. Clearfield County Director of Planning Jodi Brennan said she anticipated more funding to be available in the future.

STATE COLLEGE — The Pennsylvania Emergency Management Agency and Department of Health have announced the opening of a Regional Vaccination Clinic at the Bryce Jordan Center on Penn State’s University Park campus in Centre County.

“Initially, this site will administer 600 doses per day, with the capacity to administer more as operations ramp up,” said PEMA Director Randy Padfield. “This is a centrally-located site that will serve thousands of people from not only Centre County but also surrounding counties as well.”

“We are pleased with this latest effort to ensure vaccine is available to Pennsylvanians,” Acting Secretary of Health Alison Beam said. “The Wolf administration is committed in our efforts to work with high throughput providers to get the Commonwealth vaccinated. We know that this regional vaccination clinic will serve as a prime location for many Pennsylvanians to get vaccinated, and we encouraged people to get vaccinated as soon as they are eligible.”

The Pennsylvania National Guard and AMI Expeditionary Healthcare, LLC, a health organization contracted by PEMA for planning and staffing assistance at commonwealth-established vaccine sites, will direct operations and administer doses at the site. 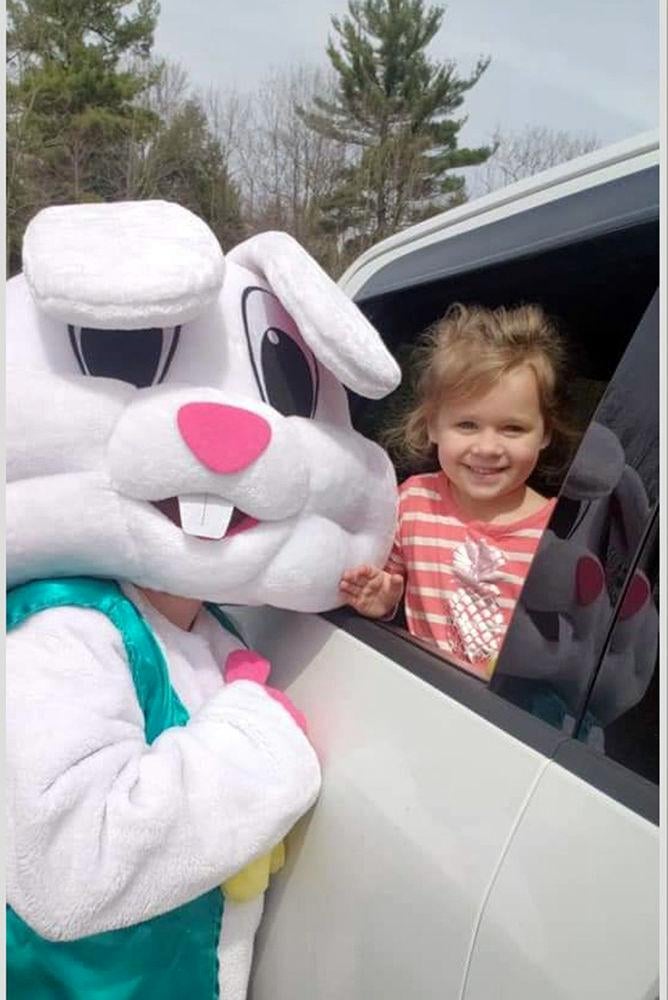 Maci Sloppy, daughter of Kenny and Melinda Sloppy, greeted the Easter Bunny at Grampian Lions Club drive-through children’s Easter festival at Grampian Cen-Clear Center. Maci was one of the 200 children to receive Easter goodies from eight different stations. Centers for Disease Control and Lions Club COVID-19 guidelines were followed as attendants handed items for children riding in a vehicle. Goodies were handed out until the supply was depleted. In the future at any children’s event, GLC said a larger supply of treats will be on hand so no child is left out. The club also thanked members, friends and the community for making the event a huge success.