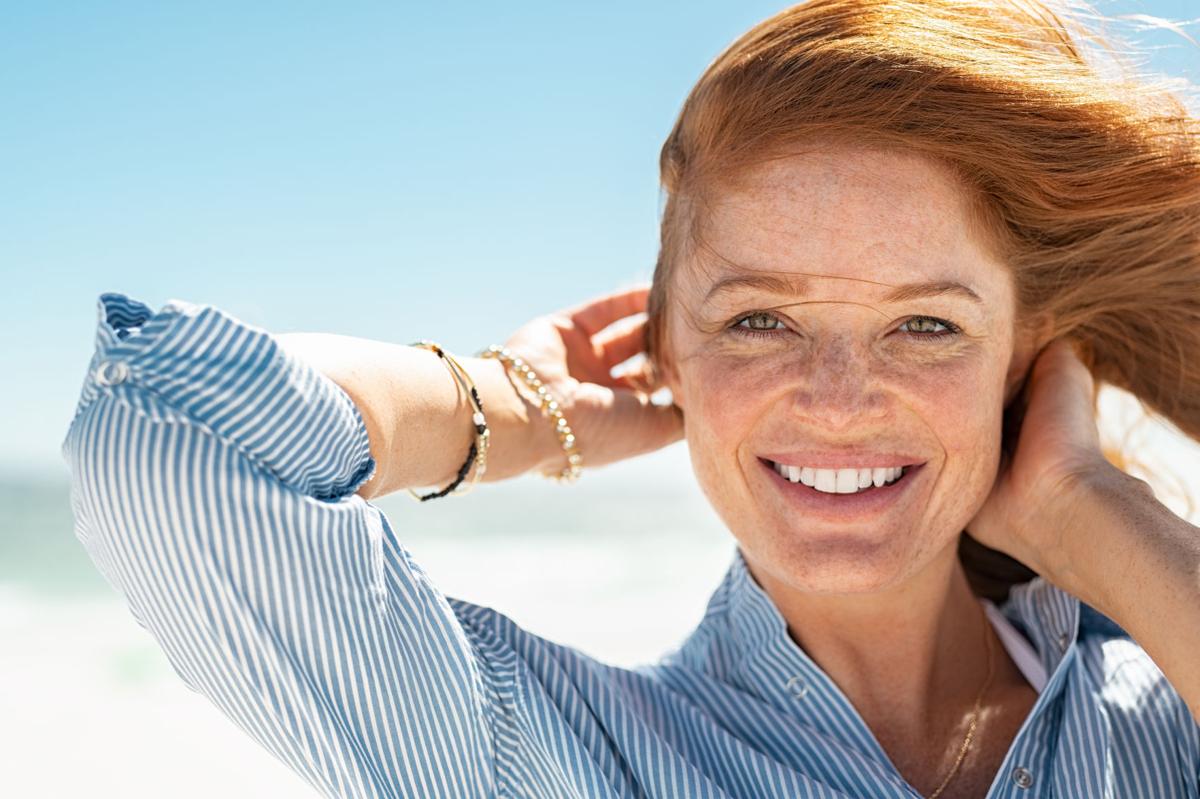 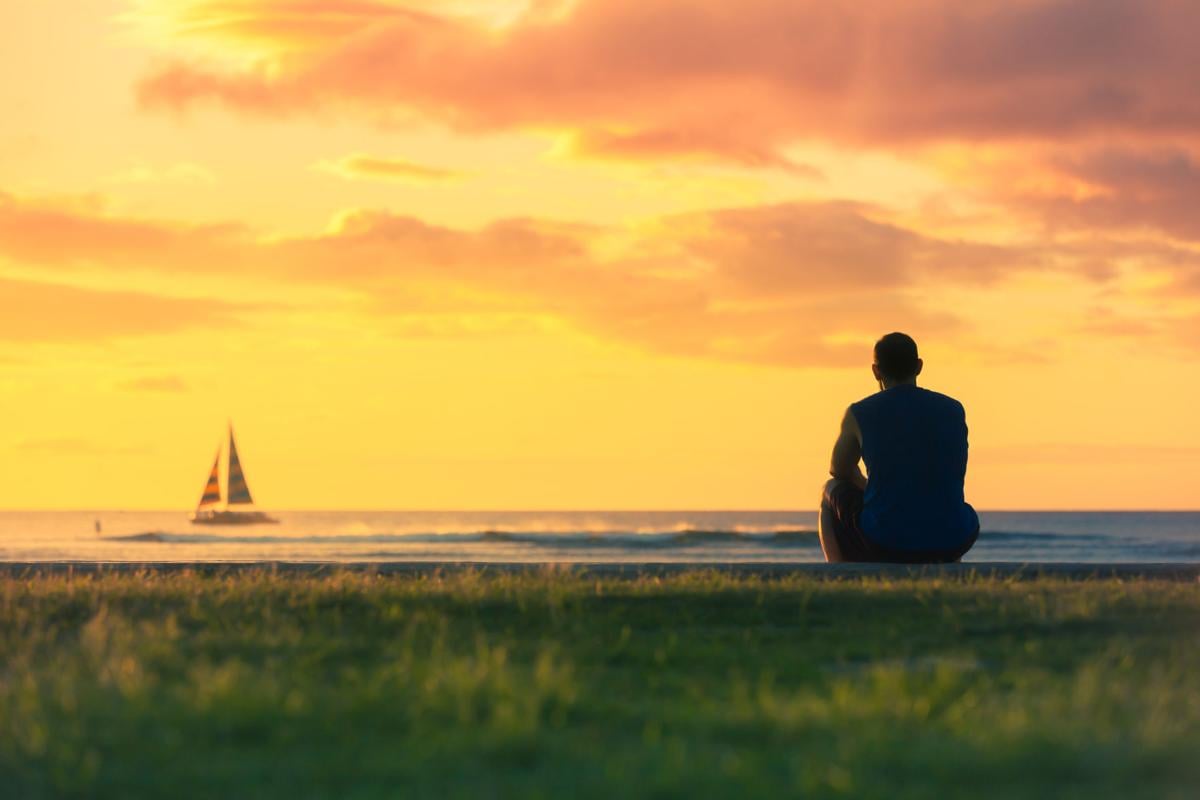 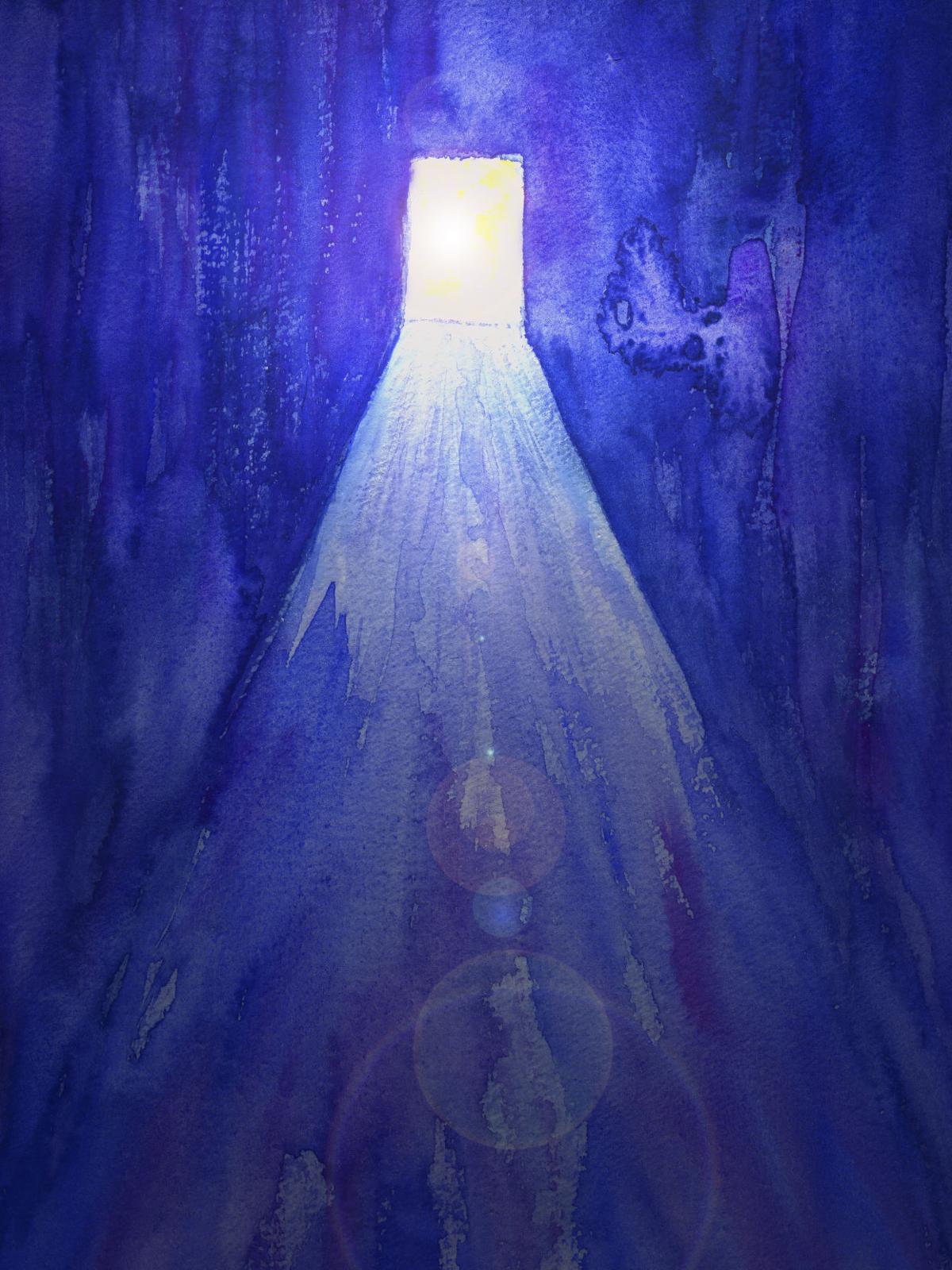 Achea Redd knows anxiety like the back of her hand.

“I’ve always struggled with it,” says Redd, an author and mental health advocate based in Columbus, Ohio. “As a child, I would have stomach aches and anxiety attacks; we just didn’t know what it was at the time.”

Redd says she was diagnosed with depression and generalized anxiety disorder in 2016. Ashamed of her condition, she hid it, which exacerbated her issues to the point of a full-blown breakdown, which was after a period of 90 days of a very anxious and depressed period.

“As an adult, when I was diagnosed, I hit a very low and dark point that led to a nervous/emotional breakdown,” says Redd, who’s also the wife of NBA basketball player and Olympian Michael Redd and the daughter of a pastor. “I would cry all of the time, lock myself away in my room, I couldn’t sleep or eat, and I had tremors constantly.”

Redd says her children didn’t understand why she was crying all the time, and her husband noticed her withdrawal and lack of sleep and eating. He also noticed that Redd would become easily agitated with everyone.

“I mostly tried to hide it because I was very concerned with how my image looked,” she says. “Being in an African-American Christian family, the topic of mental health is under diagnosed and never discussed. We don’t talk about this stuff. We attempt to pray it away or fake it until we make it. In my culture, we have to be strong even when we don’t want to be. Because everything could always be worse, and so whatever our issues are they are never as bad as they could be. This very thought breeds the secrecy and shame.”

Redd’s story is all too common, as she is among the 40 million adults in the United States age 18 and older who have anxiety disorders, according to the Anxiety and Depression Association of America. Anxiety disorders are the most common mental illness in the U.S., affecting about 18% of the population every year.

“Anxiety includes symptoms of fear and trepidation about events, either real or imagined, that may or may not occur in the future,” says Rachel O’Neill, an Ohio-licensed professional clinical counselor and faculty member at Walden University. “It’s a sense of foreboding and concern and can occur in response to actual or perceived stressors.”

There are a multitude of reasons why some people may experience anxiety, O’Neill says. At its core, anxiety is an evolutionary adaptation that helps us move forward, make decisions and avoid stagnation.

“To some extent, anxiety can be caused by stress, by coping style and by interpretation of situations and circumstances,” she says. “For some, anxiety can include the inability to stop thinking about a certain situation. For others, it may include physical symptoms like stomach aches, headaches or back pain. Some individuals may experience anxiety in the form of frustration, anger and agitation.”

“As uncomfortable as anxiety can be, it does serve a basic function for us, which is motivating us to literally or figuratively move forward in some meaningful way,” O’Neill says. “Some amount of anxiety can be helpful. For example, if you’re preparing for a big test, anxiety can be a powerful motivator to keep studying. Too much anxiety can become overwhelming and may lead to people avoiding situations or activities in an effort to try to eliminate the sources of their anxiety.”

According to Dr. Takesha Cooper, a child and adolescent psychiatrist and an assistant professor of psychiatry at the University of California at Riverside, anxiety, like many mental health conditions, has both environmental and hereditary causes.

Cooper echoes O’Neill in that anxiety is a natural reaction to a feared stimulus. Sometimes the fear is due to an actual danger (e.g., you’re approached at gunpoint); other times there is no real risk of actual danger (e.g., a child who has to take an exam at school), she says.

“Either way, how a person perceives the risk is what causes anxiety,” Cooper says. “When we become anxious, chemicals are released that stimulate the fight or flight response, which gets our heart pumping faster, sending blood to our muscles so that we can either fight the threat or flight — run away from the threat.”

“This was helpful during the days of cavemen when saber tooth tigers would try and attack,” she adds. “Now, when anxiety is triggered, this same mechanism takes place, even though the threat is often not actually physically dangerous to us.”

What can help is people being able to recognize triggers, learning ways to relax when faced with their triggers, and combating unhelpful thoughts that make physical anxiety symptoms worse, according to Cooper.

Anxiety can exist without a specific cause or trigger, according to O’Neill.

“Some folks may experience symptoms of anxiety without a clear trigger, and for many, this can be the most perplexing way to experience anxiety,” she says. “For others, anxiety may occur in response to positive life changes, like getting a promotion, getting married or moving. Generally speaking, most folks will experience periods of anxiety at different points in their life. The experience of anxiety isn’t bad or wrong; it’s simply a feeling that occurs from time to time.”

At the end of the tunnel

When it comes to managing and treating anxiety, whether it’s at work, at home or in public, it’s not a good idea to avoid places, people or tasks that trigger it, says Oksana Hagerty, an educational and developmental psychologist and a learning specialist at Beacon College in Leesburg, Florida.

“Yes, out of sight, out of anxiety, but very often it is only until the next encounter, which may end up in a full-blown panic attack,” Hagerty says. “Our brain does not need the sight of an unpleasant thing to keep it ready for an emotional reaction, especially if we keep ruminating about it, which we often do.”

For Redd in Columbus, Ohio, she says overcoming her own breakdown “is a daily thing and a consistent choice” of doing whatever the things are that are working for you.

“For me, I made the choice to take medication and do talk/EMDR therapy on a consistent basis even when I started feeling better,” Redd adds. “Those things actually helped me be able to use coloring, meditation and exercise, as well.”

Redd says she also started consulting with a therapist three years before she was diagnosed with anxiety.

“I think combined with medicine it helps clear my brain or slow my thinking down. But it’s not a magic wand. Most of the work starts outside the office and with you being willing to be open, honest and do the work,” she says.

Cooper says there are many evidence-based treatments for anxiety, such as cognitive behavioral therapy and exposure therapy, both of which don’t require medication. Selective serotonin reuptake inhibitors and other pharmacotherapies may also reduce anxiety by modulating neurotransmitters in the brain, she says.

“With my patients, I utilize the current evidence-based treatments for anxiety, which include cognitive behavioral therapy and SSRIs, although other medications have shown some benefits. Other treatments are on the horizon; however, more research is needed,” Cooper says.

Her advice for managing anxiety is to be aware of what triggers the anxiety (small spaces, flying, dogs, etc.), work to manage your anxiety when faced with those triggers, and gradually expose yourself to the feared situation in a safe setting and often with the support of someone.

“Therapists or counselors with experience treating anxiety can be very helpful in guiding people to help reduce their anxiety,” Cooper says.

If medical visits are a challenge, you may want to go to a clinic first just to look around — you may even start by driving past it every morning on the way to work, Hagerty says.

Predictability is a big deal, too, Hagerty says. If something unpleasant is to happen more or less according to a pattern (every week, month, etc.), anxiety tends to go down.

“Predictability can be increased even in potentially unpredictable situations — by informing what is next or asking for permission, often used in medical settings,” Hagerty says. “Another interesting strategy is removing one aversive element and adding one pleasant element to the situation. Remember, anxiety is a distancing emotion — we tend to run away from things that we feel anxious about — so redesigning a place or a task so as to keep the individual engaged with it can be a solution.

“Last but not least is choice — order, timing, who, how, what, etc. Having a choice, even a small one or even if the choice is to escape, gives a feeling of control and decreases anxiety,” Hagerty says, adding that none of these strategies mentioned will work in isolation or after just one use. “If any of the strategies led to a panic attack, it means that it was too much. Before you can try again, something certainly lighter, you will need time to calm down and regroup.”

Redd says for others managing their own anxiety, be honest about what’s triggering you.

“If you don’t know, do a deep dive into getting curious with yourself, either alone or with a licensed professional,” Redd says. “From there, you and the professional can come up with a treatment plan that you should be consistent with.”

As far as the future of anxiety and people who have anxiety disorders, Redd says, “In the coming days, months, so on, I’d love to see more accessibility to resources for black, brown and poor people living daily with mental illnesses/disorders.”

“I truly don’t believe it’s a resources problem,” she adds. “We have come a long way with regard to therapies, treatments and even medications. I do believe, however, that the accessibility of those resources is what’s in question.”

• Generalized anxiety disorder affects 6.8 million adults, or 3.1% of the U.S. population, yet only 43.2% are receiving treatment. Women are twice as likely to be affected as men. GAD often co-occurs with major depression.

• Panic disorder affects 6 million adults, or 2.7% of the U.S. population. Women are twice as likely to be affected as men.

• Social anxiety disorder affects 15 million adults, or 6.8% of the U.S. population. SAD is equally common among men and women and typically begins around age 13. According to a 2007 ADAA survey, 36% of people with social anxiety disorder report experiencing symptoms for 10 or more years before seeking help.

• An estimated 19.1% of U.S. adults had any anxiety disorder in the past year.

• An estimated 31.1% of U.S. adults experience any anxiety disorder at some time in their lives.

• $9 million has been awarded to Anxiety Disorders Research since 1987.

• Specific phobias affect 19 million adults, or 8.7% of the U.S. population. Women are twice as likely to be affected as men. Symptoms typically begin in childhood; the average age-of-onset is 7-years-old.

Sidebar sources: The Anxiety and Depression Association of America,